“Fleabag” creator and star Phoebe Waller-Bridge has a series on the way, TheWrap has learned.

The show is part of Waller-Bridge’s overall deal with Amazon Prime Video, but details of the project are being kept under wraps. It will begin production later this year.

She is also the creator of BBC America’s “Killing Eve,” which stars Sandra Oh and Jodie Comer. 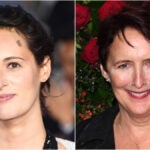