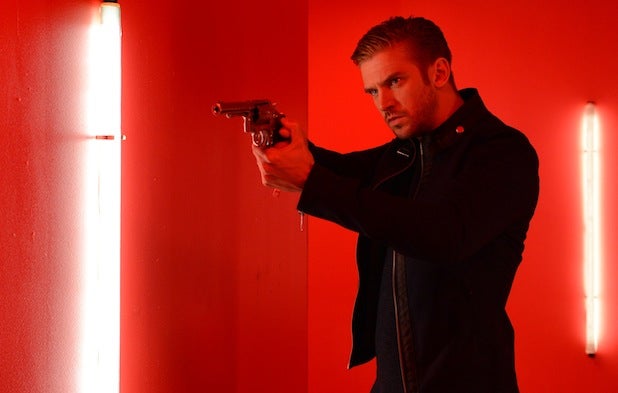 Picturehouse has acquired all U.S. rights to Adam Wingard‘s “The Guest,” which premiered at Sundance and will be released in the fall. The movie also screens at SXSW on Saturday night at midnight.

Wingard’s longtime collaborator Simon Barrett (“You’re Next”) wrote the screenplay, and the film was produced by Keith Calder and Jessica Calder of Snoot Entertainment.

Stevens stars as David, a young soldier who arrives on the doorstep of the Peterson family, claiming to be a good friend of their beloved son who died in action. The Petersons welcome David into their home and into their lives, but when people start mysteriously dying in town, mayhem ensues as their teenage daughter Anna (Monroe) starts wondering if David is responsible.

“‘The Guest’ is hilariously fun and innovative, and its recent premiere at Sundance blew everyone away,” said Picturehouse CEO Bob Berney. “We pride ourselves on collaborating with filmmakers, and Keith, Jess, Adam and Simon are a force of nature.”

“We’re so excited to work with Bob and Jeanne at Picturehouse after long admiring the fantastic job they’ve done releasing some of our favorite movies of all time,” said the Calders in a joint statement.

The deal was negotiated by Berney on behalf of Picturehouse, and by CAA and Erik Hyman of Loeb & Loeb on behalf of the filmmakers.