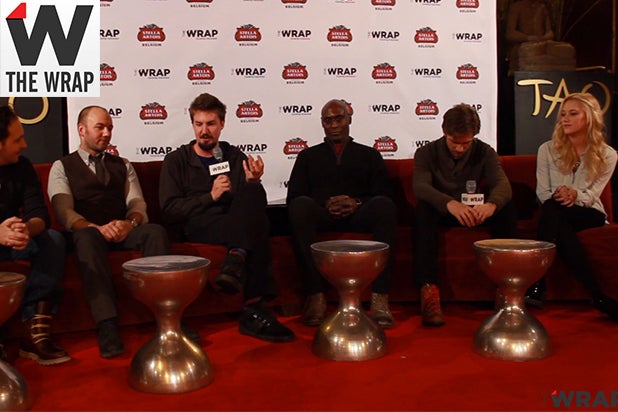 Wingard revealed he was inspired by a double-feature of “The Terminator” and “Halloween” that served as a “great starting point” for the project.

“Downton Abbey” fans aren’t likely to look at Stevens the same way again, while newcomer Monroe also makes a strong impression as a young woman who must protect her family from a dangerous visitor with a military background.

Watch the video to learn more about the film and how Wingard and Barrett found their leads.

“The Guest” actors Dan Stevens, Maika Monroe and Lance Reddick stopped by TheWrap’s video studio in Park City to discuss what attracted them to the project.

Stevens said he had just seen director Adam Wingard and writer Simon Barrett’s last film, “You’re Next,” when he read the script, which he found “hilarious.”

Watch the video to learn more.

“Having seen ‘You’re Next,’ I knew that [Adam] and Simon enjoyed very much going down the rabbit hole and it looked like they were gonna go back down with this movie, and I wanted to join them,” explained Stevens.