Falvey, who served as chairman of television at Imagine Entertainment prior to taking the post, will expand the media company’s focus on creating, producing and financing “Discovery of Voice” content for worldwide engagement across all platforms, Picturestart said in a statement.

Falvey will report to Erik Feig, founder and CEO of Picturestart and a former studio executive. The company, launched in May 2019, boasts a variety of film projects including the road trip comedy “Unpregnant,” released on HBO Max in 2020; “Summer Lovin’,” a prequel of “Grease” for “Paramount,” and “The Fugitive” reboot with Albert Hughes directing for Warner Bros. 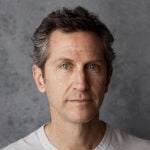 “Samie is an incredible storyteller and human being who excels at finding equally incredible story tellers and human beings and bringing the best of them. We are so excited to see not only what she can bring to the robust slate we have already been putting together and making, but all the new creatives she can bring to the Picturestart family, using the full array of financing and distribution opportunities we can offer,” Feig said in a statement.

Falvey will oversee vice presidents of production Emily Wissink and Luke Esselen on the television side, and in features she will oversee Jessica Switch, Lucy Kitada, Royce Reeves-Darby and Julia Hammer, and vice president Emmanuelle Stahler in audio.

“I’m thrilled to join Erik and the amazing Picturestart team in these early days of building a premiere studio/producion company,” said Falvey in the statement. Erik’s exceptional track record in championing filmmakers and producing wildly successful franchises has jump started Picturestart in this turbulent time. I’m eager to dive in and I wholeheartedly believe in the company’s mission — the creative culture at PS is already infectious!” 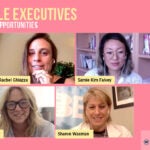 Also Read:
Imagine TV’s Samie Kim Falvey on Women Breaking Into Hollywood: ‘You Have to Swim Outside Your Lane’ (Video)

Falvey joined Imagine in 2017. She oversaw the development and production of more than 20 sold projects across streaming and broadcast including Dan Brown’s The Lost Symbol,” “Swagger,” “Wu-Tang: An American Saga,” “Why Women Kill” and “Ms. Pat.”

Falvey began her career at Fox Broadcasting Company and Fox Studios and previously served as chief content officer for M4. Other previous posts include EVP of comedy development and international scripted at ABC, where she led a team that developed comedy hits including “Modern Family,” “Black-ish,: “The Middle” and “American Housewife,” among many others.