Piers Morgan set out to celebrate Princess Diana on what would’ve been her 60th birthday. But the tribute did not go over well with everyone. Commenters were quick to call out Morgan’s praise of “the people’s princess” as hypocritical given his “constant takedown” of her son Prince Harry and daughter-in-law Meghan Markle.

It all started when the TV presenter tweeted in honor of Princess Di’s birthday on Thursday morning, writing, “Princess Diana would have been 60 today. She was a charismatic, smart, beautiful, contrary, sensitive, funny, unforgiving & mischievous lady with a massive generous heart. Biggest star in the world but I think all her demons were driven by one thing: she just wanted to be loved.”

Although Morgan’s tweet garnered its fair share of praise, with one Twitter user calling it “amazing,” those that felt the opposite did not hold back in the replies. 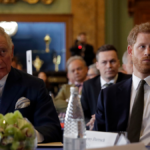 Morgan’s criticism of Harry and Meghan has been well-documented on both Twitter and in print. In fact, his most recent piece on the Duke of Sussex came just hours after Diana’s birthday tribute.

Earlier on Thursday, Prince Harry reunited with Prince William for the unveiling of a new statue of their late mother. Despite the contentious state of their relationship following Harry and Meghan’s departure from the royal family last year, the brothers interacted cordially and even released a joint-statement for the occasion.

Morgan was not impressed. In a column for the Daily Mail, he admitted that he appreciated the princes’ willingness to set aside their differences for the event but that, ultimately, the “warm display of unity” is not enough, adding that “the two men have had decades to practice hiding their real feelings from the public.”

“I’m assured that the division between the brothers runs very deep and very furiously,” Morgan surmised. “How could it not – given how viciously Harry and his wife Meghan have publicly trashed the Royal Family on global television this year?”

According to Morgan, the feud would’ve broken Diana’s heart.

“It’s not so hard to guess what she would have wanted most for her big birthday: peace and harmony between her sons…She lived for those boys and showered them in constant love and affection, and she’d have been devastated to see them shower each other in vitriol and hatred these past few years.” he wrote.