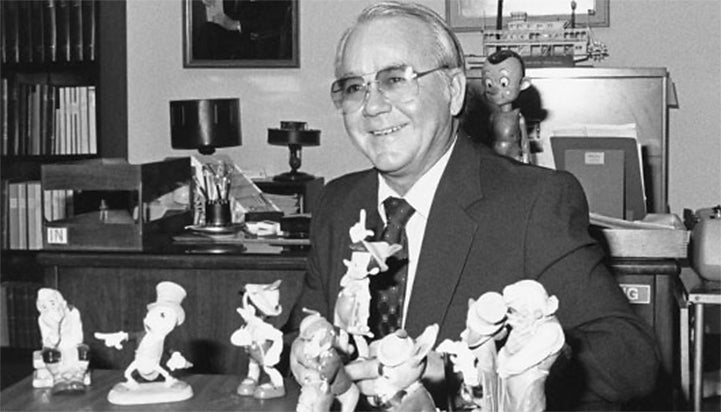 Richard Percy Jones, best known for voicing the wooden puppet “Pinocchio” in Disney’s 1940 animated film, has died at the age of 87.

According to the Los Angeles County coroner’s office, Jones was found dead in his residence in Northridge, Calif. on Monday by a family member. An autopsy is scheduled to take place Wednesday or Thursday, although the coroner’s office tells TheWrap there were no signs of foul play, and it appears Jones died of natural causes.

Jones had a long and successful career in Hollywood. The actor, who was known as “Dickie Jones” at the start of his career, was hired at age ten by Walt Disney to voice Pinocchio. As a child, Jones appeared in almost 40 films, including “Stella Dallas” with Barbara Stanwyck, “Wonder Bar” with Al Jolson and Dick Powell, and “Daniel Boone” with George O’Brien and John Carradine.

Born on February 25, 1927, Jones retired from the entertainment industry in the 1960s and went on to a successful real estate career.