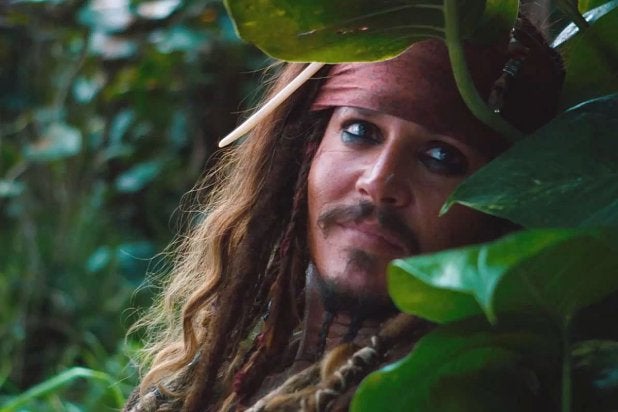 Walt Disney Studios is heading down under for “Pirates of the Caribbean 5.” The sequel, for which Johnny Depp is expected to return, will film in Queensland, Australia, an individual close to the production told TheWrap.

The northeastern state is anticipating $100 million in investment from the film, according to Queensland Arts Minister Ian Walker. “Pre-production is starting on the Gold Coast as we speak, and production of the film will start next year on the Gold Coast in February, before it moves to North Queensland,” Walker told The Sydney Morning Herald.

The production was made possible as a result of millions of dollars that had been earmarked for Disney’s abandoned “20,000 Leagues Under the Sea” film. The company requested the $21.6 million incentive be transferred to this film, and once that was secured a deal was finalized on Wednesday.

“This is a landmark deal with The Walt Disney Studios; this film will be the largest international feature film ever to shoot in Australia and will focus the world’s attention on Australia as a leading film destination,” said George Brandis, Australian Attorney-General and Minister for the Arts.

“Disney is pleased to be working with both the Australian Government and Queensland Government as we prepare to set sail on our next ‘Pirates’ adventure,” said Philip Steuer, senior vice-president of physical production for Walt Disney Studios, in a statement.

While no casting has been confirmed yet, Queensland native Geoffrey Rush, Jack Davenport and Orlando Bloom are still in the mix to possibly reprise their roles as well. Filming is expected to begin in February 2015 toward a release date in July 2017. Jerry Bruckheimer is producing with Joachim Ronning and Espen Sandberg attached to direct.

“Pirates of the Caribbean” has been one of Disney’s most lucrative franchises, with three of the first four films ranking in its all-time top 10. The films have earned a combined $3.7 billion at the worldwide box office.