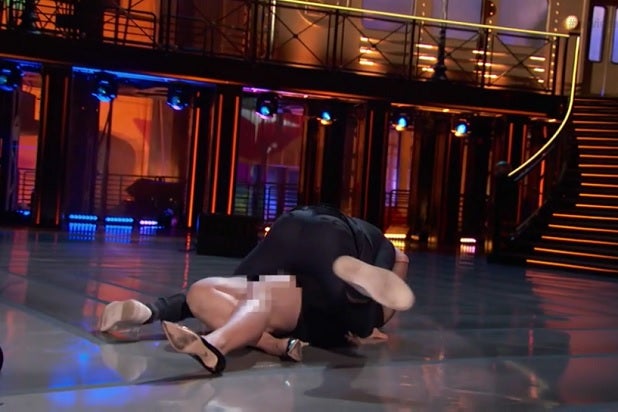 After accepting the MTV Movie Award for Best Kiss for their jokey make-out sesh in “Pitch Perfect 2,” Adam DeVine and Rebel Wilson insisted they had no sexual chemistry off screen before locking lips and falling to the ground on the stage.

“I’m not turned on by her soft pillowy lips, I’m not!” DeVine said, throwing his hands up.

Also Read: MTV Movie Awards: The Rock, Kevin Hart Rap About How Leo DiCaprio 'Got F**ked by a Bear' (Video)

But within seconds, DeVine had dropped the MTV Movie Awards popcorn statue and the pair became entangled in close embrace and face-sucking moment

Before long, they ended up rolling around on the stage to the cheers of attendees.

Watch the hotness above.

1993: In a crossover parody of "A Few Good Men" and "The Brady Bunch," Florence Henderson showed that being Carol Brady is a greater responsibility than you can possibly fathom.
View In Gallery