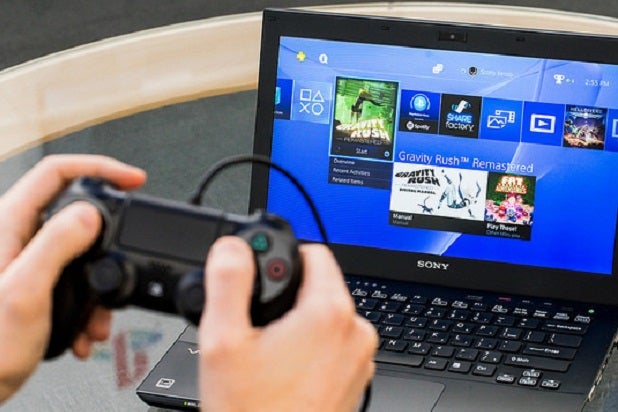 Sony is rolling out a new version of the PlayStation 4 video game console’s system software on Wednesday, April 6. The new software will allow PS4 owners to play its games remotely, over a shared network connection or through the internet, with a PC or Mac computer.

In either case, players must use the PlayStation 4’s standard DualShock 4 controller connected by a USB cable — no keyboard and mouse control schemes will be officially supported, though third-party controller emulation software may work.

Remote play from a computer won’t support full resolution for games, maxing out at 720p. As with remote play on PlayStation Vita, users will have options for display resolution and frame rate they will be able to change depending on connection strength.

PlayStation 4 system update 3.50 will add several other new features as well, most of which are social in nature, including the ability to set your PlayStation Network profile to display as offline even when you aren’t.

Also Read: PlayStation 'Willing to Have the Conversation' About Online Play With Xbox Live

Sony has long supported remote play on its consoles, dating back to some of the PlayStation 3’s games being playable remotely via the PSP. Remote play on PS4 was supported universally out of the box with the PS Vita and its TV-dependent variation PS Vita TV, but both have sold poorly. Remote play on computers could lead to the first widespread use of the PS4’s remote play capabilities.