The lead characters in director-writer Nicole Holofcener’s films — her latest is “Please Give,” a comic drama opening Friday after screening at the Sundance and Tribeca film festivals — are never specifically identified as Jewish, and many of them may not be. But their appeal is best described using two Yiddish words: hamishe and meshugenah.

Hamishe is used to describe a person who is instantly familiar — who is, as they say down South, good people. Hamishe is that woman you met at a cocktail party with whom you immediately felt comfortable and wanted as your new best friend. 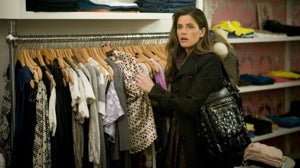 Meshugenah is crazy. In actual usage though, one doesn’t have to be in-the-nuthouse wacko to be labeled meshuganeh; it’s routinely applied when someone displays a personality trait or belief that is a mite irrational or rigid, as in, “She’s meshuganeh when it comes to composting.”
The strongest characters in Holofcener’s low-budget indies, which include “Walking and Talking” (1996), “Lovely & Amazing” (2001) and “Friends with Money” (2006), are always women and often played by the redoubtable Catherine Keener.
These gals are upper middle class (or were), white, educated, urban, neurotic, needy, sympathetic but often whiny — and all too familiar. They are us, or our best friend. (Guys, assuming you live on the West or East Coast or a major city or university town, you’ve probably dated them or are married to one.)
There was a scene “Walking and Talking” where the boyfriend of one of the two female leads took umbrage at the cassette his girlfriend played during a car ride, featuring a confessional woman singer-songwriter. “It’s vagina music,” he complained.
I doubt Holofcener would want her movies summed up with that two-word description, but it’s apt. It’s a style of movies that I wish played in more theaters. Think of her as the anti-Michael Bay. 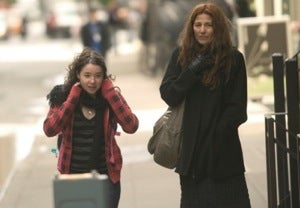 They’re like Woody Allen movies but on estrogen, and with the characters less fixated on spouting one-liners. Plus, there’s no Woody hogging all the roles; Holofcener stays off camera, letting Keener function, one suspects, as her alter ego.
Even more than Allen, who is so inconsistent of late, her closest male equivalent is director-writer Noah Baumbach, whose “Greenberg” is currently in theaters.
Indeed, these are movies about how we live now — if by that we mean people who make enough money that they can worry about the little things rather than the big ones, or are young enough that even if they’re not making money now, they know they possess the resources, education and social skills that they will eventually do just fine.
The settings, down to the titles on the bookshelves and the knick-knacks on the coffee table, are always perfectly observed. It speaks to a certain specific milieu, and yet the very familiarity on display allows you see clearly the cracks widening just below the surface.
But it’s her pacing that is most distinctive. Her movies always just sort of amble along, a welcome change from the deliberate rat-a-tat-tat narrative drive of standard Hollywood fare.
Not that Holofcener’s movies don’t have plots. They do. They’re just more rambling and miniaturist.
In “Please Give,” Keener plays Kate, a New Yorker who runs, along with her husband Alex (Oliver Platt), a vintage furniture store specializing in mid-Century Modern. Kate has an over-developed social conscience; she constantly feels guilty about her own good fortune. “I am not spending $200 on jeans for my teenage daughter,” she lectures her 15-year old, “when there are 45 homeless people living on our block.” (As far as viewers see, there’s only one: a transvestite drenched in Chanel perfume.)
The movie’s other lead character is Rebecca (Rebecca Hall, in a lovely performance), a young woman who solicitously cares for Andra, her 90-year old grandmother who lives in the apartment next door to Kate. Kate and Alex have bought the old woman’s place but, per New York’s protective housing laws, must wait until she dies before combining her apartment with their own. This makes for a delicate and somewhat uncomfortable relationship between neighbors.
During the course of story, Kate will learn to temper her all-consuming guilt (and not to assume that every black man standing against a wall is homeless), Alex will have a fling, and Rebecca will learn to live a little.
“Please Give” is the kind of movie you either respond to wholeheartedly, sitting back contentedly and watching these lives unfold, or it drives you crazy because you want more action and greater dramatic highs and lows.
Obviously, I’m in the first group.
There’s a scene here where these New Yorkers take a drive into the country to see fall foliage. When they come upon a particularly spectacular vista, they get out of the car and just gaze contemplatively at it for long minutes.
Sometimes, the movie is saying, you just have to stop and look. You’ll be amazed at what you’ll see.
x
Looks like you're enjoying reading