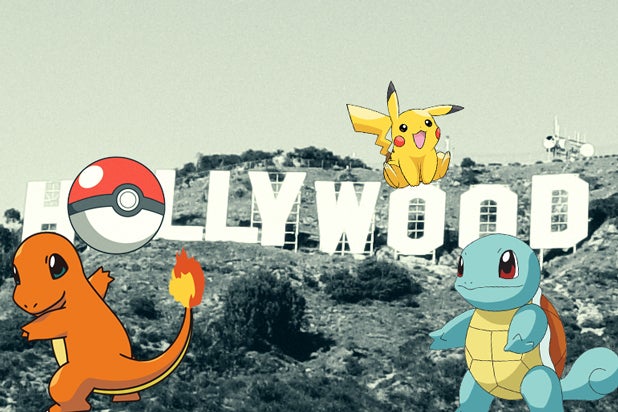 The Dalian Wanda-owned studio announced plans to shoot a live-action “Detective Pikachu,” which will star the property’s popular little yellow character. Universal will handle worldwide distribution in all territories except Japan.

Plot details are being kept under wraps, but the film will be based on the Detective Pikachu character from Nintendo’s Pokemon spin-off game of the same name, released for the Nintendo 3DS in Japan. The film is scheduled to begin production in 2017.

Short for “pocket monster,” Pokemon has reignited a global frenzy thanks to the ubiquitous augmented-reality game app “Pokemon Go,” which allows players with GPS-loaded smartphones to seek out and capture ‘s popular characters in the real world.

In the weeks since its release, the mobile game has seen huge success, sending Nintendo’s stock skyrocketing and reportedly earning as much as $1.6 million per day.

The deal for the film was brokered by Don McGowan, General Counsel at The Pokémon Company International, who led the negotiations with outside counsel Dan Black of Greenberg Traurig.

How to Play 'Pokemon Go': 12 Tips and Tricks for Beginners (Photos)

The game itself is bad at telling you how to play it, but we’re here to help

Booting up "Pokemon Go" for the first time can be pretty daunting, especially if you don't know anything about Pokemon. The app doesn't offer much in the way of detailed instructions, just a tips menu that's not even remotely exhaustive. But this list will give you all the basics for getting started in the most popular mobile game of the year.