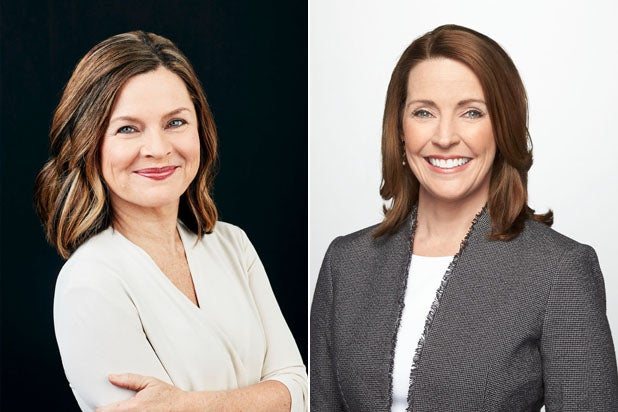 Turner Classic Movies has named Pola Changnon as general manager, with Jennifer Dorian set to depart the channel after a 20-year tenure.

Changnon, who previously served as senior vice president of marketing, studio production and talent, will now be responsible for the day-to-day operations of TCM as well as growing and developing the TCM brand. She is based in Atlanta and will report to Michael Ouweleen, interim president of Cartoon Network, Adult Swim, Boomerang and TCM.

Jennifer Dorian, the current general manager of TCM, has chosen to leave after 20 years at Turner.

“Pola has been a driving force behind TCM’s brand identity for over a decade and there is no better person to take on oversight of the network,” said Ouweleen. “She is a knowledgeable and passionate film aficionado as well as an amazing leader who will continue to grow TCM as the network moves into this next chapter within Warner Bros.”

Changnon has been with TCM for the past 12. Prior to that, she oversaw on-air production for both Cartoon Network and Boomerang.

“I’ve been fortunate enough to work at TCM for the past 12 years and to see firsthand how committed the team is to preserving classic film for the next generation of movie fans,” Changnon said. “It’s a privilege to step into this new role and I am confident that together with the talented group of individuals who work on the brand, we will continue to grow TCM’s position as the definitive classic movie destination.”

“Jennifer has been an inspiring and impactful leader across Turner brands for more than two decades,” Ouweleen said in a statement. “We thank her for her years of leadership and wish her continued success in the future.”

Read memos announcing the changes to staff from Dorian and Ouweleen below.

To: TCM STAFF
From: Jennifer Dorian

My dear colleagues, I’m writing to let you know that I’ll be leaving the company effective this Friday, January 10, 2020.  With the restructuring of our newly formed division within Warner Bros., this feels like the right time to officially transition out of my general manager role. And I’m extremely pleased that Pola Changnon will serve as the new general manager of TCM.

I’ve cherished the past five years as TCM’s leader, inspired by the excellence and commitment of our staff and the appreciation and passion of our fans.  My time with TCM has truly been the pinnacle of my 20 years at this company, and I am leaving with a smile in my heart. Thanks to the amazing leaders at the company, I was given many opportunities to contribute, learn, and take on new challenges, while simultaneously enjoying flexibility to manage my schedule and raise two amazing daughters. I value the company’s culture that allowed me to excel in many areas of my life. I’ll always be proud of the TNT “We Know Drama” and TBS “Very Funny” brand campaigns, as well as the multiple TCM lifestyle extensions such as the TCM Classic Film Festival and the TCM Classic Cruise, and of course, FilmStruck, Turner’s first domestic streaming service. We certainly never sat still and we constantly strived to evolve for our fans.

TCM’s mission has always been to “keep the flame of classic film alive” and Pola carries the torch. She’s been a driving force behind our brand identity, led the expansion of our host strategy, and has helped us build a talent department that has attracted and engaged with a vibrant roster of high-profile celebrities, filmmakers and industry notables. Pola has forged strong relationships across the industry and through her work helped TCM to reach a new community of film lovers. She has overseen many functions over the course of her 12 years with TCM, and now all departments will report to her. She is a knowledgeable and passionate film aficionado as well as an amazing leader who will continue to grow TCM as we move into this next chapter as part of the Warner Bros. family.

A big thank you to all the department heads and staff at TCM who have shared this incredible journey and taught me so much. I’ll remain one of TCM’s biggest cheerleaders and I look forward to seeing the brand soar to new heights. And a heartfelt goodbye and thank you to all my Turner peers, partners, mentors and teammates along the way.  I take with me good memories and life-long friends.
All the best in 2020 and the years to come!

We start this year with some news about our colleagues at Turner Classic Movies.  After 20 years, Jennifer Dorian has decided to leave the company. Effective immediately, Pola Changnon will be stepping into the role of General Manager of TCM.

Jennifer has had a great and wide-ranging career here.  Under her leadership, TCM has grown its presence through the TCM Classic Film Festival, the TCM Wine Club, TCM Backlot, TCM Big Screen Classics with Fathom Events and numerous book launches in partnership with Running Press. She also led the creation and execution of Turner’s first domestic direct-to-consumer service, FilmStruck.

Before her GM role, Jennifer was Chief Strategy Officer, overseeing brand identity and image marketing for TBS, TNT, truTV and TCM. Her positioning and branding work at TBS (“Very Funny”) and TNT (“We Know Drama”) gave those networks clear identities and helped propel TNT to be ad-supported cable’s #1 network. In her strategy role, she helped create and launch the TCM Classic Cruise and worked alongside many of us at Adult Swim and Cartoon Network on strategic business planning.

Jennifer has always made mentorship a priority–both with leadership roles at Turner Women Today, Women in Cable Telecommunications (WICT) and Betsy Magness, as well as in her day-to-day mentoring of all around her.  Her legacy will live on for years to come through all the people she has advised and careers she advanced. It is not just those who have worked directly with Jennifer that will miss her and her leadership.

Happily, we have another great leader in Pola, who has been the driving force behind TCM’s identity for the past twelve years. She has built a best-in-class talent department that forged partnerships with key influencers in the industry. She most recently created the “Let’s Movie” campaign which highlights TCM as the ultimate movie lover destination and spearheaded the strategy to add diversity to the network.

Before her time at TCM, Pola was a key and foundational part of Cartoon Network, first as a founding member of its first digital department and then as Vice President of On Air and Executive Producer of Program Production.  I (and many of us) got to work with her daily for years and am beyond excited to be working so closely with her again in this new role.

I’m confident everything we know and love about TCM will grow under Pola’s passion, creativity and business acumen as we move into this next chapter within Warner Bros.

Please join me in congratulating Pola on her new role and thanking Jennifer on her two decades of leadership!