Yesterday the L.A. Times flagged a Calvin Trillin poem, teasing Roman Polanski apologists, that  had been published a month ago in The Nation.

Why make him into some Darth Vader
For sodomizing one eighth grader?
This man is brilliant, that’s for sure–
Authentically, a film auteur. 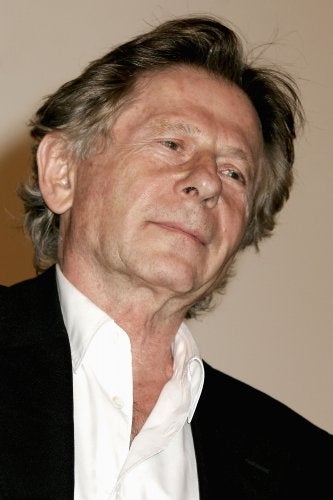 Perhaps picking up on the "Star Wars" theme, a Big Hollywood column on the rightwing Breitbart Web site took a light saber to Queen Amidala actress Natalie Portman for being a militant vegan and a friend of the director, who sits in a Swiss jail cell awaiting extradition to Los Angeles.

Meanwhile, some of his supporters have reacted to the heat they’ve been feeling since signing a petition, in the wake of Polanski’s Sept. 26 arrest, supporting his release. The Independent (U.K.) reports that not only has a University of Exeter student’s petition urging actress Emma Thompson to remove her name from a pro-Polanski petition been a hit with feminist Web sites, but Thompson assured the student she will do just that.

“Know that I will remove my name because of you,” Thompson reportedly told Caitlin Hayward-Tapp, “and all of the good work that you have been doing. I have read your petition. I have heard you. And I will listen.”

Well, Miss Thompson, know too that French philosopher Bernard-Henri Lévy, who originated the petition you signed, has dug in as far as his support goes.

Calling the proceedings against Polanski a “lynching,” Lévy, in a recent cri de coeur posted on his Web site and translated by HuffPo, decries both Polanski’s critics and those “supporters [who] are losing faith and, sometimes, are even starting to doubt, since the pack of gossipers have even succeeded, it seems, in convincing the French minister of culture that he spoke too hastily. … It is shameful to throw a 76-year-old man into prison for unlawful sex committed 32 years ago.”

Clearly this was written before no less a thinker than the film critic Ed Koch wrote an outraged piece for the Atlantic’s Web site. The former New York mayor used his review of “The Men Who Stare at Goats” (“It stunk") to critique Polanski partisans.

“Dionysus,” Hizzoner wrote, “should punish those in Hollywood, e.g., Woody Allen, Harvey Weinstein and Martin Scorsese, who jumped to the defense of Roman Polanski who raped and sodomized a 13-year-old girl.”

By “Hollywood,” of course, Koch meant any American connected to filmmaking, including the three New Yorkers he named. (Koch then raged against Jane Fonda’s 1972 trip to Hanoi.)

Hollywood, with or without quotation marks, along with Polanski, has become the newest piñata of both child-abuse activists and conservative family-values groups.

But forget the culture wars — the extradition issue even resonates with those still fighting the ideological battles of the 1930s and ’40s.

“Behind the demands that ‘justice must be done’ and ‘no one is above the law’ lies a reactionary social and ideological agenda,” huffed the Trotskyite World Socialist Web Site. “A coalition of right-wingers and ‘feminist liberals’ has formed, capable of the wildest demagogy and accusations.”

This came as a riposte to a column by conservative writer Christopher Caldwell that appeared in the Financial Times, and which compared Polanski to Maurice Papon, the Vichy functionary who was extradited from Switzerland after he was convicted in 1998 of crimes against humanity for helping to deport Jews from occupied France during WWII.

Perhaps no one explains the passions of the anti-Polanski side than Chris Rock, who on an October “Jay Leno Show” appearance went Dionysian and said, “Come on, man! She was 13! Thirteen! . . . Thirteen is 13. Nobody gets away with having sex with a 13-year-old!”