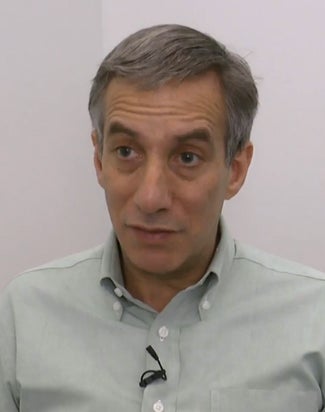 When New York Times veteran Rick Berke leaves the paper for his new role as Politico’s executive editor, he’ll join a publication that is on the move, editor-in-chief and co-founder John Harris told TheWrap.

“We’re a restless publication, we’re always looking for new ways to have impact, and Rick’s going to be a part of that conversation,” Harris said.

Harris said Berke was impressed with how Politico “really set the agenda in many instances” in its coverage of the recent government shutdown and surrounding drama on Capitol Hill. “Nobody covers that with more intensity than we do, and that had caught Rick’s eye,” Harris said.

“He was impressed by the fact that we hired Susan Glasser to run a magazine project,” Harris said, referring to Glasser’s June hire away from Foreign Policy, where she was editor-in-chief, to create Politico’s new magazine. “That wasn’t how he thought of us previously, doing that kind of enterprise journalism.”

Berke’s video knowledge may come into play, as well. Though he began at NYT’s D.C. bureau in 1986 and has plenty of political reporting experience under his belt, his most recent assignment was senior editor and director of video content development.

“He doesn’t have a specific video assignment here, but he’s got a wealth of ideas about it, so those are going to be very welcome,” Harris said.

Harris emphasized that what really attracted Politico to Berke was his eye for stories.

“There are certain journalists that I think have a natural gift for seeing stories that other people don’t necessarily see, or framing stories in the way that will generate the maximum impact,” Harris said. “We’re a new media publication but we really, really prize people who have that eye for how to make a story stand out, how to make it pop. Rick has that.”

And, of course, it’s a nice feather in Politico’s cap to be able to lure top talent away from the New York Times.

“There couldn’t be any mistaking the seriousness of our ambition,” Harris said.