The family of Steven Slesinger, the marketer who brought Winnie the Pooh to American culture, has asked a federal court to help it recover what it says could be upwards of $1 billion in lost royalties from Disney. 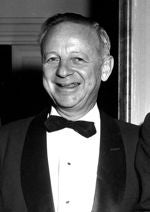 "On Thursday,  November 5, Stephen Slesinger, Inc. filed a notice of appeal to obtain unpaid past royalties from Disney as well as redress for Disney’s past improper business practices," the family said in a written statement.

A Disney spokesperson said the release was inaccurate, and noted that the family’s claims were dismissed in federal court in September.

"The press release is a gross distortion," said Disney spokeswoman Michelle Bergman. "SSI’s claims were dismissed in federal court. We’ve always acknowledged that some of the rights we obtained are royalty-bearing and continue to be so. I don’t know what the motivation is, but a decision was made awhile ago."

The family says Disney has essentially been cooking the books to get out of making the royalty payments.

"Disney can’t gossip their way out of what they owe," said Slesinger family spokesman Lonnie Soury in response to Disney’s statement.

Slesinger’s team maintains that though it "lost" the September case, the judge said they were owed 1.5 to 2.5 percent in royalities and Disney hasn’t lived up to that.

"We are appealing the recent decision, and we are clarifying what the judge stated," Soury said. "We did lose the case, but we are still owed royalties, Though the decision established that Disney is the licensee, we are still owed hundreds of millions of dollars. We don’t know exactly what that figure is, because Disney accounting is Hollywood accounting and that’s why we filed. They’ve been comingling Pooh, revenue with Mickey Mouse."

Stephen Slesinger, a television and film producer, purchased the Pooh rights from author A.A. Milne. In 1930, Slesinger gave Pooh his iconic red shirt and helped turn him into an American personality. In the 1950s and 1960s, Stephen’s widow, Shirley Slesinger Lasswell, helped establish Pooh’s retail success by placing Pooh Corners in department stores across the country.

In 1961, the family licensed Pooh rights to Walt Disney to develop Pooh for television.

Last Thursday’s filing is not the first time the Slesinger estate asked the court to help it collect more cash from Disney.

The parties had updated their TV agreement in 1983, saying Disney would retain 98 percent of gross worldwide royalties, while Slesinger would get 2 percent, but that deal went sour and Slesinger’s estate filed a lawsuit claiming it was being underpaid. A judge terminated that lawsuit when it was discovered that a Slesinger investigator had stolen evidence.
In 2002, Disney underwrote an attempt by the heirs of Pooh creator A.A. Milne and illustrator E.H. Shepard to regain control of the franchise. That suit was rejected in federal court and was upheld by the Supreme Court.
x