Aly & AJ, the sisters pop duo involved in several Walt Disney Records projects, said they had to take cover during the mass shooting in Sacramento.

Six people were killed and another dozen injured in Sacramento’s entertainment district Sunday night when police say multiple shooters opened fire on the fleeing crowd. No suspects have been identified.

The Michalka sisters, who have gone by Aly & AJ since forming in the early 2000s, said their bus was rolling through the area as the violence erupted. 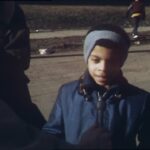 “Our bus was caught in the crossfire but we sheltered in place and everyone in our touring group is ok. Thank you for everyone reaching out,” the sisters tweeted. “A reminder to keep your loved ones extra close today. We have to do something about gun violence in this country.”

They later tweeted that the shooting left them “distraught.”

“All of our thoughts are with the families of those who lost their lives and those recovering today,” they tweeted. “We’re praying for the health care workers caring for them. We hope all our fans made it home safe.”