CNN anchor Poppy Harlow announced Tuesday she’s stepping away from the network temporarily to study at Yale Law School. Jim Sciutto will continue to co-host the hour they currently anchor together and her slot will be filled with rotating guest co-hosts.

“Starting next week, I will be taking a break from being with you every morning on this show so that I can go back to school. Yes, school! I’m going to study law for a Master’s degree. It’s something I’ve wanted to do for a long time and if this year and a half has taught me anything, it is, ‘Why not try?'” she said during “CNN Newsroom.” 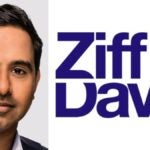 Harlow has been with the cable channel since 2008 and is a familiar face for mid-morning viewers. According to her employer, she’ll be enrolled in a two-semester Master of Studies in Law degree program, but will still serve as a fill-in anchor. She’s also working on a project for CNN+, the network’s forthcoming streaming service.

She revealed that the catalyst for her back-to-school journey was covering the death of Supreme Court Justice Ruth Bader Ginsberg.

CNN boss Jeff Zucker said in a statement, “This is such a terrific opportunity for Poppy and I am so proud of her for committing to it. She will have a ton on her plate — but I know she will manage it flawlessly and come back enriched and so much better for it.”

In her announcement Tuesday, she thanked all her bosses for being “the rare kind who make the impossible possible.”