Porsha Williams, a longtime castmember on “The Real Housewives of Atlanta,” announced Thursday that she is leaving the show.

Williams made the announcement via an Instagram post that read: “After ten life-changing, gratifying, incredible years, it is time to begin my next chapter. Next season, I will not be returning to the Real Housewives of Atlanta franchise.” 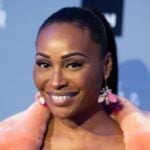 She continued: “I want to thank Bravo, Truly Original, and Andy Cohen for this opportunity, and all the show’s producers, editors and assistants, for working tirelessly every day to create our show.”

However, fans won’t have to wait long to see her again — and on the same network, no less.

A spinoff series, which she teased as a “family show,” is in the works and will air on Bravo. Williams also announced that her memoir, “The Pursuit of Porsha,” will be released on Nov. 16.

Williams joined the cast of “The Real Housewives of Atlanta” in Season 5. During her decade-long run on the show, viewers saw the dissolution of her marriage to Kordell Stewart, the start and end of her relationship with Dennis McKinley, with whom she had a daughter, and her social activism. 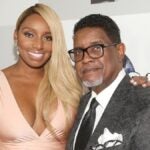 She’s currently engaged to Simon Guobadia, who is the ex-husband of her “RHOA” co-star Falynn Guobadia.

Her departure comes just days after Cynthia Bailey announced she was leaving the show. Bailey joined the cast in Season 3.

There’s no confirmation on who is returning for Season 14. Kandi Burruss, Kenya Moore and Drew Sidora are the remaining housewives from Season 13, but Bravo does not comment on casting.