Season 3 of “Pose” is streaming now on FX, and fans may notice a familiar face is somewhat absent — Damon, played by Ryan Jamaal Swain, isn’t around much in the final season.

Damon is featured in the first couple episodes of the season, at a watch party for the the O.J. Simpson car chase and giving Pray Tell a book on alcoholism, revealing that he’d previously spent time in Alcoholics Anonymous. But by the end of the second episode, Damon is pretty much a ghost, leaving fans to speculate where he disappeared to.

Some fans speculated that Damon died, but the truth is, he was written out of the show partially because of a family tragedy that Swain faced last summer. In July, Swain’s sister was shot and killed in Birmingham, Ala., at age 24. “The unimaginable happened last night, my heart, little sister, my ride or die, my partner in life took her last breath,” Swain wrote in a since-deleted Instagram post. 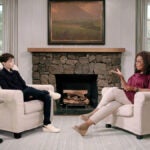 While Steven Canals didn’t directly say Swain’s personal trials were the reason he was less of a fixture in “Pose” season 3, he did imply that in a recent interview with Out Magazine. “As one of our family members, we wanted to honor that and give him the space that he needed,” Canals told “Out.”

Canals took to Twitter this Monday to clarify for fans that Damon — who’s been a key character on “Pose” since he was kicked out of his home in Season 1, leading him to ballroom mother Blanca and the House of Evangalista — didn’t die, but moved to South Carolina.

“Okay Ya’ll. To be clear — Damon did NOT die. He relapsed (alcoholism) and moved to be with a cousin in Charleston,” Canals said.

When a fan asked why Canals said “relapsed,” because it wasn’t explicitly said that he was an alcoholic, Canals said this had in fact been brought up in the show before. 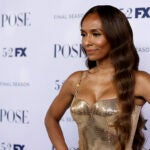 “Pose” Season 3 is now streaming on FX. Seasons 1 and 2 of the show are also available on Netflix.