“Pose” executive producer Janet Mock rocked the Season 3 premiere event on Thursday night with an emotional speech calling out Hollywood and even series co-creator Ryan Murphy, according to reports.

“I’m hurting, y’all. I see injustice and it hurts me inside,” Mock said at the in-person event in New York City, according to the Daily Beast. She praised the FX show’s stars, including Hailie Sahar, Dominique Jackson, Angelica Ross and Mj Rodriguez, but took aim at the industry’s treatment of trans talent. “When a talent asks you for a suite, you give them a suite because they need it,” she said.

“Why am I making $40,000 a motherf—ing episode? Huh?” she asked, calling for compensation in line with that of other producers. “I am angry. This is truth. This is motherf—ing truth.”

Representatives for FX did not immediately return TheWrap’s request for comment. 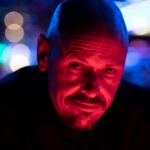 Also Read:
‘Mr Inbetween’ to End With Season 3 on FX

“F— Hollywood … Does this make you uncomfortable? It should. It should make you f—ing shake in your motherf—ing boots,” Mock continued, according to Page Six‘s report from the event. She also reportedly called out the quality of writing in the show’s early episodes, reminding Murphy that he brought her and fellow writer-producer Our Lady J onto the show “to help.”

She went on to mock the feel-good “enable black and brown trans women” narrative that has surrounded the show, saying, “It makes you comfortable to talk like that because then I don’t scare you into facing the f—ing truth. You all have stomped on us.”

Mock also touched on her personal relationship with series star Angel Bismark Curiel and apologized for a behind-the-scenes conflict with Our Lady J: “I tried to shrink you to make myself bigger. Why couldn’t I just love you?” 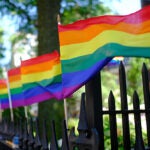 According to the reports, the speech was well-received by the cast members in attendance, including Jackson, who shouted “Thanks!” to Mock from the audience.

Thursday’s event marked the last series premiere for the acclaimed period drama, which will return for its six-episode final season this weekend. Mock joined the series early on as a first-time writer, going on to make her directorial debut on the show and rising through the ranks as a producer. She later became the first transgender person to land a studio overall deal when she signed a multi-year agreement with Netflix in 2019.