“Power Book II” was renewed for a third season by Starz, with Brett Mahoney taking over as showrunner for Courtney Kemp.

Mahoney previously was the showrunner of Fox’s “Empire.”

In August, Kemp signed a rich overall deal with Netflix. While she will retain an executive producer role on the “Power” spinoffs, she will no longer be involved in the day-to-day creative process of the shows. The “Power” franchise is produced by Lionsgate, which owns Starz. Kemp’s agreement is similar to that of Shonda Rhimes and “Grey’s Anatomy,” when she left ABC for Netflix back in 2018. 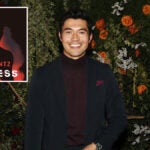 “The continued success and cultural resonance of the ‘Power’ Universe is unprecedented, and fans are clearly still hungry for more ‘Power Book II: Ghost,’” said Jeffrey Hirsch, President and CEO at Starz. “We’re excited for the third season of the star-studded series to get into production early next year just ahead of the debut ‘Power Book IV: Force,’ the fourth installment in the rapidly expanding franchise.”

The “Power” franchise includes five series in total. “Raising Kanan” has been renewed for a second season and there is still “Force” and “Influence” upcoming. The flagship series “Power” ended its six-season run in 2020.