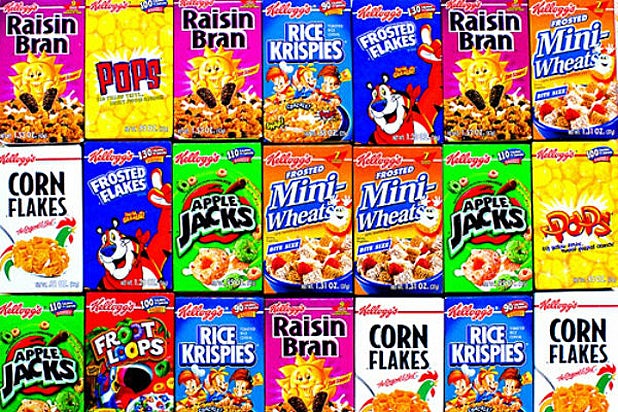 Twitter users are threatening to #DumpKelloggs over the cereal company’s decision to remove its advertising from the right-wing website Breitbart News.

The hashtag stems from a petition organized by the website itself which called on its readers to boycott Kellogg’s for its “bigotry.”

“For Kellogg’s, an iconic American brand, to blacklist Breitbart News in order to placate left-wing totalitarians is a disgraceful act of cowardice,” the website wrote. “They insult our incredibly diverse staff and spit in the face of our 45,000,000 highly engaged, highly perceptive, highly loyal readers, many of whom are Kellogg’s customers.”

The cereal company announced earlier this week that it would be removing its advertising from the site, following in the footsteps of numerous other brands, including Allstate, Nest, SoFi, Modcloth and Earthlink.

“We regularly work with our media-buying partners to ensure our ads do not appear on sites that aren’t aligned with our values as a company,” Kellogg’s spokesperson Kris Charles said in a statement on Tuesday. “We recently reviewed the list of sites where our ads can be placed and decided to discontinue advertising on Breitbart.com. We are working to remove our ads from that site.”

Critics of the website have also been calling on other brands to remove advertising from the site since the appointment of former Breitbart executive chair Steve Bannon to be Donald Trump’s chief strategist in the White House.

Breitbart, which attracted more than 19 million readers last month according to comScore, rose to increased prominence earlier this year when Bannon was named the Trump campaign’s CEO.

The website has since come under fire for publishing stories that critics say have promoted racist, sexist and white nationalist views.

See some of the #DumpKelloggs tweets below:

The only effective way to protest these companies is to stop buying their products. #DumpKelloggs pic.twitter.com/RIDnak3N5E

Time to #DumpKelloggs they pay halal fees to be sharia compliant & are anti-freedom, anti-democracy. Bigoted toward @BrietbartNews readers

Kellogg's should ask Target & the NFL how those Political rather than BUSINESS decisions are working out for them! #DumpKelloggs

Corporations think they own people of our country! Boycott Kelloggs products! Protest w/ your wallet!#DumpKelloggs pic.twitter.com/SQCUd5mp3Y

I haven't bought anything Kellogg’s for over a decade. Trashy company, trashy, unhealthy products. #DumpKelloggs