“Power” creator Courtney Kemp was mistaken for a white guy early in her career, and then almost overlooked to run her own show because Starz couldn’t find its ideal “40-year-old white dude,” she said during TheWrap’s Power Women Summit.

Gamble, who may have found a second career in hosting roundtables, had the panelists start with the beginnings of their careers. That led to Kemp saying her very first pilot script, which was loosely based on the famous Manning family’s multi-generational success in the NFL, got a lot of attention — but perhaps, in part at least, for the wrong reason.

“My agent sent it out, and it said ‘Courtney Kemp’ on the front of it. I got more meetings that year,” Kemp said. “I walked into one meeting and I was like, ‘Hey, I wonder what’s going on here?’ And he was like, ‘Oh my God! I thought you were a white guy!”

Kemp added that the unnamed TV exec didn’t think there was anything wrong with his comment.

That wasn’t the only “uncool” experience of Kemp’s career — and not the only one tied to (at least subtle) racism or racial profiling. Later, both in terms of her career and our panel, Kemp explained why she “made a concerted decision” to take “Power” from a one-off drama to a franchise.

“The reality was, no one was taking me seriously, even when ‘Power’ was knocking down records at my network,” she told Gamble. “I was like, I want to get to the next level.”

“The only reason at 35-years-old they let me run my own show is that they couldn’t find the 40-year-old white dude to put on the show to make the showrunner because of what my subject matter was,” Kemp continued. “I made a concerted decision to expand the ‘Power’ universe so that I could tell more stories, so that we could have more female leads.”

Of course, on a (virtual) dais with this much talent, Kemp wasn’t the only one with stories about being doubted. Not only by others, but in the case of Burgess, by herself.

Burgess said she was “unsure” of serving as showrunner on “Impeachment,” which dramatizes Bill Clinton’s oval office affair with intern Monica Lewinsky.

“I’d never written about real people,” Burgess said, “and these are living real people — one of whom is a producer on the show.”

It was the “dangerous feeling” she got that made Burgess take on the gig — the “gravity” of the scandal and of the public shaming Lewinsky endured. 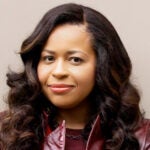 Schouten’s series, the reboot of the lighthearted “iCarly,” definitely doesn’t carry the same gravity. But a casting decision opened her eyes to just how cruel the internet can be. It ultimately changed the way she viewed her job entirely.

When O.G. cast member Jennette McCurdy, a white actress and a fan favorite, chose not to return to the show, it was important to Schouten that they not recast the Sam role. Instead, they hired Laci Mosley, a Black actress to play Harper, Carly’s (Miranda Cosgrove) roommate. Sadly, that was met with backlash on social media.

“Laci and also Jaidyn [Triplett], who is 10, but mostly Laci, received a lot of racist hate thrown at her,” Schouten said. “It was horrifying and I felt obviously like a failure that I didn’t see this coming and we had to handle it as best we could — but on our heels, which we shouldn’t have been.”

Meanwhile, Rukeyser had the unenviable task of breaking through a boys’ club when it comes to depicting sex on TV and in film.

Watch her break that challenge down — and catch all the great stories — in the video of the full panel here. 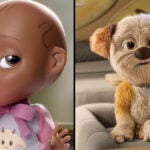