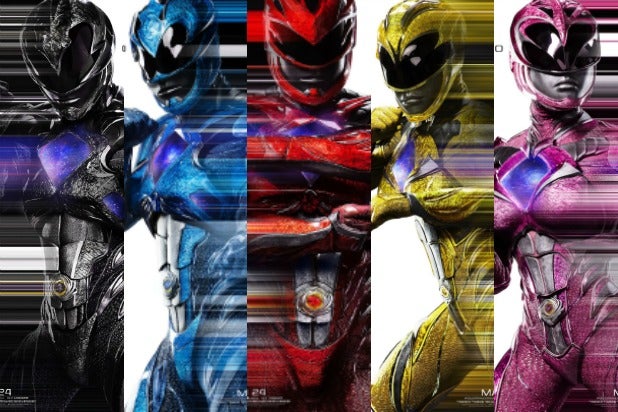 Nostalgia reigned again at the box office this weekend, as Lionsgate’s “Power Rangers” beat box office analyst expectations thanks to a combination of family and millennial audiences, bringing in an opening bow of $40.5 million to finish second and highest among all new releases.

The question now, though, is whether the $105 million reboot of the hit kids’ action TV series can earn enough at the box office to morph into a franchise. The film sets the stage for a potential sequel with a post-credits sequence teasing the coming of one of the TV series’ most famous characters, Tommy Oliver, a.k.a. the Green Ranger.

Usually, a big-budget film like “Rangers” needs to make at least $400 million worldwide for a studio to greenlight a sequel, but box office analysts tell TheWrap that they believe that Lionsgate might accept a global cume slightly below that mark if the film can at least make $100 million domestically, as the studio does not have a big blockbuster family franchise currently running aside from the “Divergent” series, which struggled at the box office last year and only has one film to go.

But to do that, “Power Rangers” will need to keep its second week drop-off to below 50 percent, which means holding on to the demographics that helped give the film to its good start. David Spitz, Lionsgate’s domestic theatrical distribution president, told TheWrap that the studio selected a late March release to capitalize on the spring break season for college-age moviegoers who watched “Power Rangers” growing up. He also noted that Lionsgate had enjoyed great success in this release slot in years past, most notably in 2012 with “The Hunger Games.”

This allowed “Rangers” to get strong traction with the 18-35 demographic as well as with family audiences, but this weekend sees two new releases that could take a bite out of both groups. On the family side, there’s DreamWorks Animation’s “The Boss Baby,” while on the adult-action side, there’s Paramount’s “Ghost in The Shell.” The presence of both films at theaters could divide audience attention and make it difficult for “Power Rangers” to get a strong holdover. Trackers have “Boss Baby” making between $30-33 million and “Ghost in the Shell” making around $25 million.

Also Read: Why Krispy Kreme Is All Over 'Power Rangers'

But even if “Rangers” suffers a tough domestic drop-off, it could still find success overseas. The film made $18.7 million from 32 markets including the U.K. and Germany, but has several major markets still to come. The film will open in two weeks in 10 more European countries, including France, Belgium, Spain and Italy. It will be released in South Korea on April 20, and on July 15, it will be released in Japan, home of the “Super Sentai” series that “Power Rangers” is based on.

“Power Rangers” could also find a strong opening in China, where a release date has not yet been set. Chinese moviegoers have been very receptive to movies with the sort of giant robots and monster fight scenes that “Power Rangers” has built its name on for the past quarter-century. This past weekend, “Kong: Skull Island” got the second-highest opening weekend of 2017 in China with a $72 million bow; and in 2013, “Pacific Rim” made just short of $112 million in its Chinese run.

With “Power Rangers” just getting started in Asia, there’s still plenty of opportunities for it to join the likes of “Teenage Mutant Ninja Turtles” and “Transformers” in the ranks of campy Saturday morning TV classics that used nostalgia to make the leap from the small screen to the big screen. If it can pull that off, the franchise will have plenty of story arcs from the original series it can mine for sequel material, particularly with the arrival of the Green Ranger, whose introduction in a five-part miniseries during the TV show’s first season became extremely popular with hardcore fans.