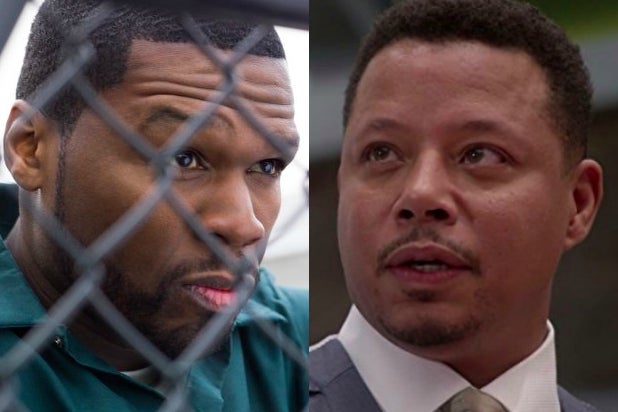 Well, we went to the TV experts, and it all depends on who you ask.

TV One Programming Senior Vice President D’Angela Proctor believes one hand will wash the other. “A rising tide lifts all boats,” Proctor told TheWrap. “I believe that ‘Empire’ will help not only ‘Power,’ but it will help a lot of different shows and a lot of different networks.”

Among those, Proctor counts her own channel, where she hopes to see the positive impact of “Empire” rubbing off on new comedy, “Born-Again Virgin.”

“I think people look at the African-American offerings on television differently because of ‘Empire,'” she explained. “Whereas they may have just scrolled through the channels and … seen an all-African-American cast and … kept going, now I think they may linger a little longer and see if there’s something here worth staying for.”

That said, the runaway success of “Empire” could actually hurt smaller networks like hers in other capacities, such as casting. The executive has seen talent hold off in signing a deal with TV One because they now expect bigger roles on bigger projects — which is saying something about the state of minorities in Hollywood pre-“Empire.”

NPR TV Critic Eric Deggans, on the other hand, doesn’t think “Empire’s” gaudy Nielsen numbers will move the needle at all for “Power.” For starters, to watch “Power” on Starz, viewers would still have to pay for a premium cable subscription. Currently, only in 25 percent of the households in the U.S. do, whereas broadcast channel Fox is in 100 million homes.

Plus, the bar for higher quality in the premium cable universe, and “Power” (pictured above) just doesn’t quite cut it, in his opinion.

“Having 50 Cent on the show helps a lot, but it’s still not realistic enough to be a realistic drama and it’s not soapy enough to be a great soapy drama,” Deegans, who said he sees “a lot wrong with ‘Power,'” explained.

“Starz really needs an ‘Empire,'” he continued. “Starz needs something that’s sort of groundbreaking and compelling and focused on minorities.”

After all, the big hits on Starz — “Outlander” and “Black Sails” — don’t quite look like “Power,” or the predominantly African-American cast of “Survivor’s Remorse,” for that matter. For the record, “Power” averaged four million total viewers over its first season; “Empire” hauled in 17.3 million per episode in its initial run.

The man at the center of “Power,” Curtis “50 Cent” Jackson, has been another voice shooting down comparisons between the two shows, though mostly because he just doesn’t seem to like them.

The rapper/actor took it a step further, basically accusing Lee Daniels‘ Fox project of ripping off the Starz program to an extent.

“Their show is … the artwork was very similar, they used ‘power’ in the tagline  … they didn’t have to do that,” Jackson said.

From left, Taraji P. Henson as Cookie and Terrence Howard as Lucious on “Empire.” (Chuck Hodes/FOX)

“50 Cent is a comedian,” Henson said. “He loves to push buttons. He’s a funny guy. I never took offense to it.”

“If anything, I thought he was trying to jab at him,” she added pointing to Howard. “ jealous of looks.”

Howard was less jokey and more sincere with his affection for the emcee: “50 is my monster man,” he said. “We served jail time together in his film , we’ve been naked together. I love the fact that we’re both pushing the envelope with our shows.”

Aside from the aforementioned marketing materials and obvious cast skin color, there’s nothing to compare between the two, “Power” creator Courtney Kemp Agboh insisted at TCA: “Their show is music-driven, it’s just different,” she said. “We’re doing two different things.”

But after seeing “Empire” break records and upping 50 Cent’s Kanan to the main cast, why not add some original music? After all, 50 Cent is not just a multi-platinum selling rapper, he’s also an established music producer. Most importantly, he’s a businessman with an opportunity.

On “Empire,” Lucious Lyon (Terrence Howard) owns a record label, which surely lends itself as directly as possible to the musical aspect of the series — but James “Ghost” St. Patrick’s (Omari Hardwick) nightclub on “Power” could almost surely be exploited more in that capacity.

Either way, we’ll let Deggans have the last words: “50 Cent is an executive producer on the show and a co-star now, and there’s like no music on the show,” he summed up. “It blows my mind, in a way. Such a hugely missed opportunity.”

Starz did not immediately provide comment for this story.