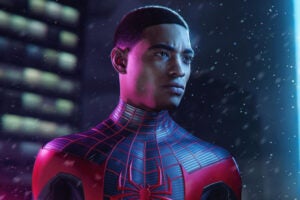 Everything We Know About the Upcoming ‘Marvel’s Spider-Man: Miles Morales’ Game

“Streaming, I think, is an alternative … but I think PVOD just doesn’t work,” Gelfond said on Wednesday

The premium video on demand push generated a lot of interest in the last six months, with audiences stuck at home and studios twiddling their thumbs on new releases because of theater closures due to the novel coronavirus pandemic.

“To be unequivocal, PVOD is a failed experiment,” Gelfond said during a Goldman Sachs conference on Wednesday. “The numbers haven’t worked in a pandemic, so how would they work in a non-pandemic… Of the movies that were postponed, very few went into PVOD or streaming, and I should be clear I’m talking about the blockbuster movies — the movies that Imax does. So I believe that the studios are very committed to theatrical releases, and they’ve said it.”

The latest film to try out the PVOD model was Disney’s “Mulan.” Reception to the film has not been exactly positive, and what “Mulan” has been able to attract in purchases on Disney+ is anyone’s guess. Disney has yet to give any indication as to how the film performed.

Gelfond made a point to note that numbers hadn’t been released. He said during the conference that even though Disney hasn’t released numbers, everyone in the industry knows the numbers for PVOD don’t work.

In China, where theaters are open and Disney put a lot of effort in attempting to set “Mulan” up for success, the film hobbled to $23.2 million in its opening weekend, well short of expectations, even in the midst of a pandemic.

“Mulan” is by far the biggest film to opt for a PVOD release, at least in some form. Other films that have been pulled from theatrical release in favor of PVOD during the pandemic have been family animated films like Universal’s “Trolls World Tour” and Warner Bros.’ “Scoob!” or smaller-budget comedies like “King of Staten Island.”

The performance of “Trolls World Tour” led Universal to declare it would consider more PVOD releases for films. The studio said that it made roughly $100 million in rentals with “Trolls World Tour,” a film with an estimated budget of anywhere from $90 million to $110 million.

Gelfond said that, on the other hand, studios selling films to the likes of Netflix or Amazon for a streaming release — Paramount, which has a partnership with Netflix has done this a lot — makes sense from a business standpoint.

“Frankly, I think streaming works great for the studios, and I understand the economics and how they can recoup investments through streaming services,” Gelfond said during the conference, which was live streamed. “Streaming, I think, is an alternative, and I think especially for mid-level movies, but I think PVOD just doesn’t work.”