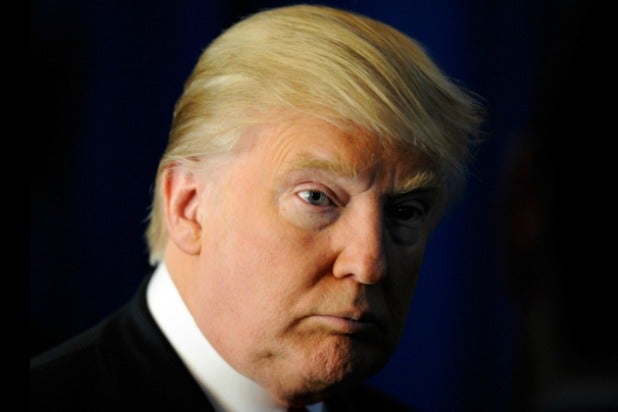 It’s not you. It really isn’t.

That feeling of constant anxiety, of being on edge, of feeling off balance – it’s not just you, we’re all feeling that way.

You know what I’m talking about. It’s that inability to sleep soundly. That vague buzzing in the back of your head when you’re trying to get some work done, or concentrate on someone who’s talking to you.

Problem is, just a minute ago you saw a story on Twitter that Trump named another millionaire to the cabinet to make policy for poor people. Or that he announced that the country needs to get back to the nuclear arms race. And even when you learn that his staff walks the statement back, a few minutes after that you learn that no, he’s still gung-ho to to face down the Russians on nukes. In 2016.

Maybe a day goes by, then you learn that one of Trump’s surrogates – current or former – made disgusting remarks about our current president and beloved First Lady. Was he misquoted? Of course not!

Then Trump lashes out at a celebrity, or a journalist, calls them “stupid,” or “losers” or “failures,” and a few minutes later lobs a compliment at Vladimir Putin.

It is no wonder that we are all feeling off balance in this new Trump Nation. I am here to tell you that this is no accident, it’s deliberate.

With his constant provocative statements, extreme Cabinet appointments, his goading of foreign leaders and hairpin pivots at any given moment of the day, our president-elect may appear to be shooting from the hip, but I don’t think he is.

He is doing this on purpose to make us anxious, to keep us off balance – and it’s working. We’re a nation under emotional assault by our new leader.

This week was remarkable in its cascade of Trump tweets on the one hand, and leaks from and about his transition team on the other hand.

“As to the U.N., things will be different after Jan. 20th,” he tweets on Thursday, apropos of who knows what?

A few hours later, he quotes Putin to put down Hillary Clinton:

Vladimir Putin said today about Hillary and Dems: "In my opinion, it is humiliating. One must be able to lose with dignity." So true!

This is not the rantings of an out-of-control autocrat to be, it’s a thoughtful provocation by a savvy narcissist aimed at stirring up the media – which works every time. He’s disrupting any attempt by regular folks – or I guess just us educated, liberal elites – to return to some state of normalcy. For those who believe Trump should pay attention to order, respect tradition, or at least the Constitution, his modus operandi scrambles the senses.

Trump continues to include his children in high-level meetings, and meanwhile gives the public absolutely no sense that he intends to divest from his vast international business holdings. Which will be run by his children. Score!

Living in Trump nation is like trying to conduct a phone call while a loudspeaker is blaring in the background. After a while you start feeling a little insane.

Myself, I sense that this is straining people’s nerves, driving a palpable, and constant sense of anxiety. Trump Nation is a disruptive force that makes it hard to feel normal or go back to a stable and familiar daily life.

It amounts, to me, a democracy in the grip of anxiety.

So here’s what I think about this, as someone who’d rather tune all this out. We have to fight any urge to do that. We have to resist the noise and the chaos and what will likely follow – an offer by Trump to calm the waters when “I alone can fix it” in weeks or months or days.

Let’s hope the holidays will let us all take a breath, find the inner peace that centers as us individuals and a nation. And insist on better.