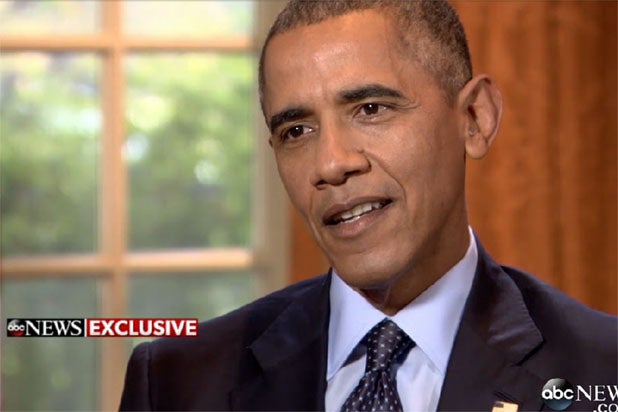 Donald Trump’s immigration plan is a lot funnier than his appearance on “Saturday Night Live,” at least according to President Barack Obama.

“The notion that we’re gonna deport 11, 12 million people from this country — first of all, I have no idea where Mr. Trump thinks the money’s gonna come from,” the President said in an interview Thursday with ABC News anchor George Stephanopoulos. “It would cost us hundreds of billions of dollars to execute that.”

But Obama countered that rounding up undocumented immigrants would send the wrong message to the rest of the world.

“Imagine the images on the screen flashed around the world as we were dragging parents away from their children, and putting them in what, detention centers, and then systematically sending them out,” he explained.

In the past, Trump has described Mexican immigrants as “rapists,” and said the country should build a wall along the U.S.-Mexico border. His comments have angered immigrant rights groups, but on the flip side, they’ve fired up his base.

Obama attributed Trump’s surging popularity to a “strain of anti-immigrant sentiment” in the country, arguing that the president should push back against such pressure from the public, not encourage it.

“We don’t want, I think, a president or any person in a position of leadership to play on those kinds of fears,” he said.

Segments from ABC News’ interview will air Thursday, Nov. 12 on “World News Tonight” and “Nightline,” Friday, Nov. 13 on “Good Morning America” and Sunday, Nov. 15 on “This Week with George Stephanopoulos.”