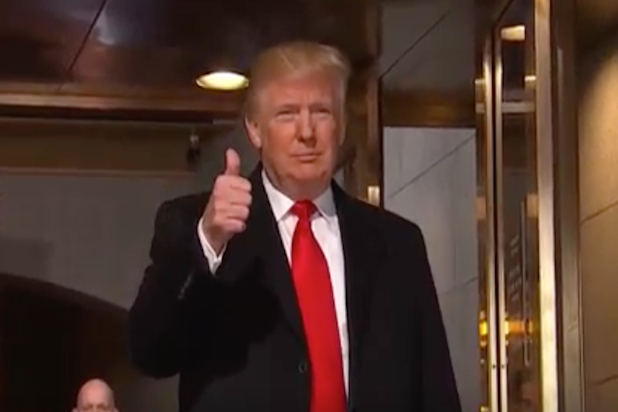 Donald Trump continued his feud with former California Governor and current star of “The New Celebrity Apprentice” Arnold Schwarzenegger on Friday, tweeting that he isn’t good at either of the jobs.

Yes, Arnold Schwarzenegger did a really bad job as Governor of California and even worse on the Apprentice…but at least he tried hard!

Trump’s dig at the NBC reality show’s ratings during Thursday morning’s National Prayer Breakfast made national news, as it was bizarre timing for a personal shot.

“When I ran for president, I had to leave the show. They hired a big, big movie star Arnold Schwarzenegger to take my place and we know how that turned out. The ratings went right down the tubes,” Trump said Thursday.

Schwarzenegger responded fast, posting a video in which he asked to switch gigs.

“Hey Donald, I have a great idea. Why don’t we switch jobs? You take over TV, because you’re such an expert in ratings, and I take over your job and then people can finally sleep comfortably again,” Schwarzenegger said.

“The New Celebrity Apprentice” ratings hit a season low on Jan. 23 when the show averaged a 1.0 rating in the key adults 18-49 demographic and 3.8 million viewers during its 8-10 p.m. time slot on NBC. That is down just under 16 percent in the key demo and just under 12 percent in total viewers compared to last week, when the show had actually improved from the week before.