Just when you thought “A” was finally gone…the anonymous assailant is terrorizing a new group of girls.

HBO Max dropped a teaser for “Pretty Little Liars: Original Sin” on Wednesday, and it looks like moving the franchise to a streamer has made it even more creepy. The teaser begins with someone opening a jewelry box, as a music box version of the “Pretty Little Liars” theme begins to play.

Gloved hands (presumably belonging to “A”) pin a police report and a few photos to a cork board. The the music quickly becomes distorted, and a demonic voice whispers the familiar words: “Got a secret, can you keep it?”

As the music descends into madness, the gloved hands slice a portrait of Bailee Madison in half and shred a missing persons report for another girl named Minnie “Mouse” Honrada. The trailer ends on another ominous lyric from the theme song: “Cause two can keep a secret if one of them is dead.” 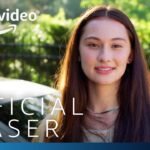 You can watch the full teaser above.

“Pretty Little Liars: Original Sin” is set a few miles from Rosewood in a town called Millwood. Here’s a logline for the series:

Twenty years ago, a series of tragic events almost ripped the blue-collar town of Millwood apart. Now, in present day, a disparate group of teen girls — a brand-new set of Little Liars — find themselves tormented by an unknown Assailant and made to pay for the secret sin committed by their parents two decades ago…as well as their own. In the dark, coming-of-age, horror-tinged drama, we find ourselves miles away from Rosewood, but within the existing Pretty Little Liars universe — in a brand-new town, with a new generation of Little Liars. 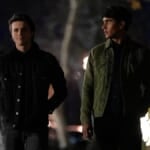