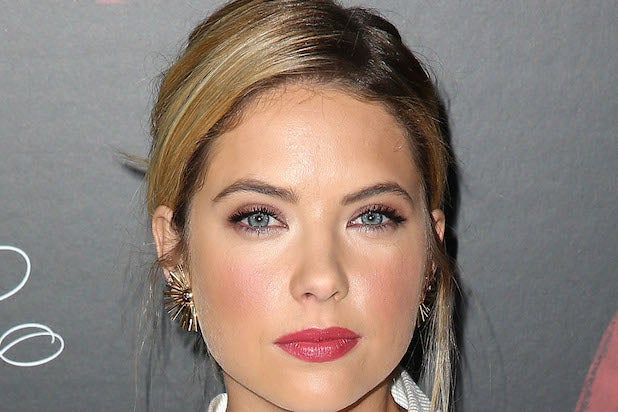 The feature follows aliens who misinterpret video-feeds of classic arcade games as a declaration of war against them and attack Earth, using the games as models for their various assaults. President Will Cooper (James) has to call on his childhood best friend, ’80s video game champion Sam Brenner (Sandler), to lead a team of old-school arcaders (Dinklage and Gad) to defeat the aliens and save the planet. Monaghan plays the team’s weapons specialist.

Chris Columbus is directing the big-budget 2015 summer tentpole, which was written by Tim Herlihy and Tim Dowling, based on a story by Herlihy.

Production is currently under way, as the film is slated to invade theaters on May 15, 2015.

After starring on “Days of Our Lives” and “Eastwick,” Benson landed the star-making role of Hanna Marin on the hit ABC Family series “Pretty Little Liars.” On the big screen, she most recently starred alongside Selena Gomez, Vanessa Hudgens and James Franco in Harmony Korine’s indie hit “Spring Breakers.”