The debut of Universal’s mega-budget, medieval romp “Robin Hood” at the Cannes Film Festival on Wednesday should be the season’s high-water mark for the studio, where the new leaders have been struggling to change the direction of a listing movie slate.

Alas, Marian, the moment of turnaround is not yet nigh. 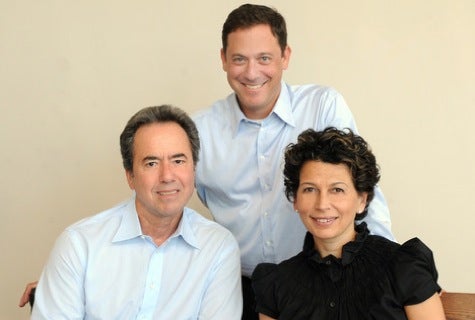 At a $155 $200 million budget and with the kind of old-school promotion that feels all too familiar, “Robin Hood” is positioned to be the latest in a series of expensive, earnest projects that will yield a modest profit at best, and none at worst.

Update: According to a budget of the film obtained by TheWrap, the cost of "Robin Hood" far exceeds the number initially confirmed by executives close to the film. Instead, the budget dated 1/16/2009 demonstrates the film cost a stunning $237 million, before tax rebates. After rebates, the budget reflects the true cost to be $200 million. The documents show an additional $120 million to be spent on international prints and advertising.

A Universal Pictures spokesperson said, "We’re confident that ‘Robin Hood’ will perform to expectations this weekend. The budget on TheWrap is outdated and inaccurate." The spokesperson declined to give further detail on the numbers.

For the studio, the combo of Ridley Scott and Russell Crowe in “Gladiator” mode feels less like a remaking of the magic of the past than a nod to a formula that has blown past its cultural expiration date.

For the new leaders of the studio, chairman Adam Fogelson, along with co-chairman Donna Langley and vice chairman Rick Finkelstein, there is little they can do about the slate they inherited. (Pictured, from left: Finkelstein, Fogelson and Langley.)

And they have privately made clear that this is the sort of moviemaking model – high risk on the downside, and not enough upside — that they are determined to overturn.

But it will take time for them to prove that they have revamped and recast the die. 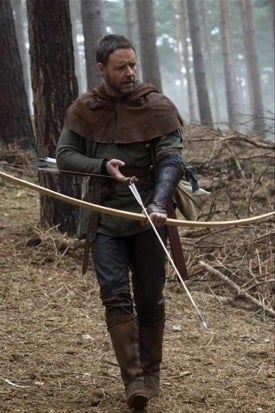 Coming on the heels of box office duds in “Green Zone” ($35 million domestic) and “Wolfman” ($62 million domestic), the year for Universal so far holds out the prospect of merely moderate wins in the months to come.

On the immediate horizon is the animated “Despicable Me,” the "SNL"-inspired “MacGruber” and – a bright spot – a low-cost, high-impact comedy in “Get Him to the Greek.”

Studio leaders are sticking to a no-comment public relations policy, but no matter: The ongoing anxiety of this waiting period is palpable.

“It is hard to be on the tail end of a difficult run,” acknowledged one executive. “It is hard for morale.”

The new executive team, whose new bosses in Comcast chiefs Brian Roberts and Steve Burke are spending this week in Los Angeles meeting with high-level rainmakers at CAA, WME and other talent agencies, are focusing on a new game plan.

The turnaround strategy has the studio aiming at movies that have a manageable cost and potential for a high-yield return.

As a result, the greenlight has been going to comedies of every stripe, and leaning on the comedy rat-pack relationships of the new production chief Debbie Liebling – one produced by Judd Apatow and starring Kristin Wiig, another starring Ryan Reynolds and Jason Bateman.

Also on the studio’s front burner are a couple of high profile action pictures, one based on a Hasbro toy, “Battleship,” directed by Peter Berg ("Hancock") and starring newcomer Taylor Kitsch, slated for release on Memorial Day 2012. 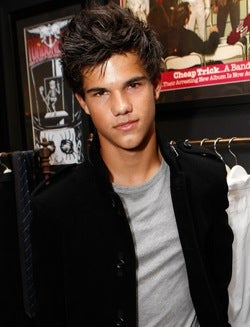 The other is "Stretch Armstrong" starring "Twilight" hunk Taylor Lautner as the bendable superhero. Based on a Mattel toy, the summer tentpole has been in development hell for years and does not yet have a greenlight, but is on now on a fast track, scheduled to open in the summer of 2012.

Perhaps the most interesting project in the works is “Cowboys & Aliens,” a James Bond-meets-Indiana Jones adventure story starring Daniel Craig and Harrison Ford. The film is a co-production with DreamWorks produced by Steven Spielberg, Brian Grazer and Ron Howard, directed by Jon Favreau.

These are certainly more like the movies that the studio says (though never publicly) it wants to be making. It will escape no one’s notice that none of the projects winning greenlights or development support is an adult-oriented action picture – nothing that looks or feels like the much-criticized (and money-losing) “Green Zone” or  “State of Play.”

A senior executive at the studio noted that Universal was “not swearing off them. But it will require the most work to get those in line.” So, for the moment, they’re “not so much” in the market for adult dramas or adult action films.

Which brings us back to “Robin Hood,” a mature film with a mature star in the lead — and an expensive one at that. Insiders close to the film say it will have to take in about $300 million worldwide to turn a profit.

And at the moment, the film has very little traction in the tracking department, crowded out of the public’s mind by “Iron Man 2.” That may change before opening day on Friday, particularly with international hoopla generated by the opening at Cannes.

The seaside party will glitter with Crowe and Cate Blanchett. But for the moment, the storyline for Universal so far has a long way to go to get out of the woods.