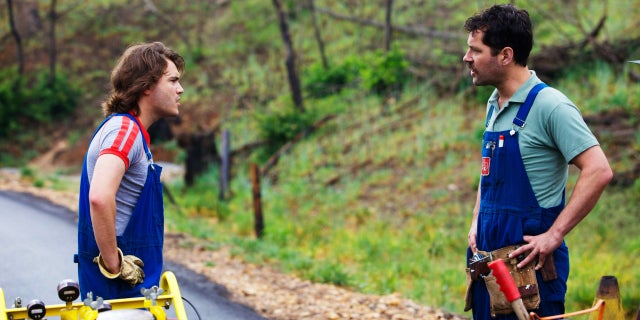 Some directors, for better or worse, have their last name turned into adjectives — Hitchcock-ian, Tarantino-esque, Lynch-ian. The upside to that is that an artist has a distinct style they can not only call their own but that also will be a point of comparison to future imitators.

The only problem with being made a descriptor is the underlying assumption that your work can be easily categorized. (With exceptions, of course — “The Straight Story,” for example, is probably David Lynch’s least Lynch-ian film, and there’s not a whole lot that’s Hitchcock-ian about Hitchcock’s underrated 1941 screwball comedy “Mr. and Mrs. Smith.”)

At the age of 38, he’s a filmmaker whose résumé already runs the gamut from the quiet and elegiac “George Washington” to the violent and outrageously funny bromance “Pineapple Express.” He’s probably the only living filmmaker who could comfortably collaborate with both Terrence Malick (who produced Green’s 2004 film “Undertow”) and Judd Apatow (on “Pineapple”).

In “Prince Avalanche,” Green successfully marries his proclivities for both the wacky and the lyrical.

Set in 1980s Texas following a devastating forest fire, this oddball little gem follows two mismatched laborers assigned the Sisyphean task of repainting the yellow lines on the highway and installing reflector poles along the shoulder. For the driven and task-oriented Alvin (Paul Rudd), the job calls for discipline and allows him to embrace the solitude and the quiet of nature.

His new co-worker Lance (Emile Hirsch), the brother of Alvin’s fiancée, chafes at the boredom and repetition of his duties, blathering on endlessly about the parties he’d rather be attending in the city. Their solitude is occasionally interrupted by a truck driver (veteran character actor Lance LeGault, who passed away last September), who shows up offering booze and sardonic wisdom.

The only other person Alvin and Lance encounter is a mysterious lady (Joyce Payne), who turns up at the strangest times, but her character is best left undescribed to avoid spoilers for the film, which so perfectly transitions from the hilarious testiness of the Lance-Alvin relationship to the bleak majesty of the burned-out Texas landscape. (Green shot the film outside of Bastrop.)

Rudd may be outfitted with dorky ’80s eyewear and a mustache, but he’s not playing the clown here, even though Alvin’s puffed-up sense of self-importance is a balloon that’s waiting to be popped. With an equal proclivity for success-poster aphorisms and hissy fits, he makes the perfect counterpart to whiny slacker Lance, who seems to resent any activity that doesn’t directly lead to getting laid.

Like his co-star, Hirsch finds the subtle moments and grace notes that build a dramatic undertone to this comic character.

“Prince Avalanche” is a remake of an Icelandic movie (“Either Way”), but it’s pure David Gordon Green, from its absurdist humor to its quiet, haunted landscapes. (David Wingo’s delicate score enhances both the wit and the wonder.)

Now that he’s blending his seemingly contradictory (but strangely complementary) interests and dramatic viewpoints into one coherent and compelling package, the writer-director may wind up creating a style of filmmaking that will one day be known as David Gordon Green-ian.