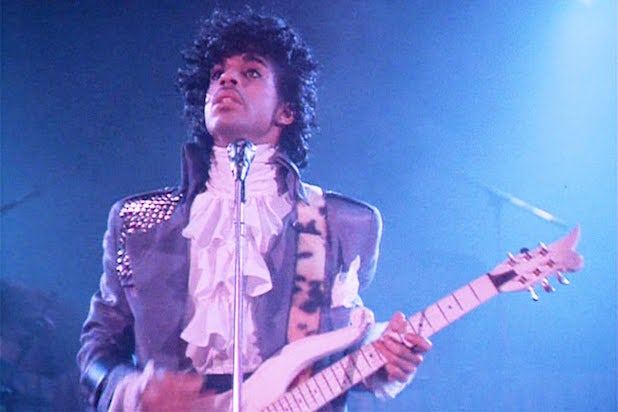 In 1987, when Prince was nicknamed His Purple Badness and endlessly celebrated for a song, movie and album called “Purple Rain,” he made a simple decision: His new colors would be peach and black.

That’s it. No sentimentality. No continuing subtly down the color spectrum. No more purple. Now he was all about two colors that hardly anyone ever wore together. He put them in his song “U Got the Look” to make sure everyone knew of the change: Color you peach and black/color me taken aback.

That was pure Prince. He wasn’t going to be limited to a color, or expectations, or even a name. Within a few years he would change his royal moniker, odd as it already was, into a symbol. He would also permit people to call him The Artist Formerly Known as Prince. Miraculously, fans and critics and reporters agreed to these terms.

Why? Because he was Prince. He was in a spectrum entirely his own, solidly in the Top 40, but completely out of whack with everyone else in the world. At most, he was compared to Michael Jackson — another 1980s megastar whose color and sexuality were constantly questioned — but his closest comparison was Madonna, another artist who veered hard from new personas as soon as the public nailed them down.

There was a difference, though, between Prince and every other artist. And I say this not because Prince just died, and we always say this about people who just died. I say this because I believe it to be true.

Prince was the best.

He wasn’t the best songwriter (well, he may have been), or singer (though, again, maybe he was), or guitarist or composer or choreographer or performance artist or any of the other roles he played.

But he was the best at playing all of those roles, at once, and keeping us constantly guessing, and questioning, and listening.

That’s what great artists do.

In 2004, I wrote a review for a Prince concert and got in a little debate with my editor, because I tried to say Prince was the best living musical artist.

You can’t do that, the editor said. What about all the other artists?

Two things, I argued. One, it’s just my opinion. And two, he actually is the best.

At that concert, at the Staples Center in Los Angeles, his opening numbers were “Let’s Go Crazy,” “I would Die 4 U” and “When Doves Cry” — all classics. All drove the crowd crazy. Of course, I thought, no one can keep up this momentum.

But of course he could. He was Prince, and that was just scratching the surface of a catalogue that also includes pop masterpieces like “Raspberry Beret,” “Little Red Corvette,” “1999,” “I Could Never Take the Place of Your Man,” and, of course, “Purple Rain.” His songs were so well-crafted, universal and catchy that they were sampled or covered by artists as varied as MC Hammer, Sinead O’Connor, The Bangles and Elvis Costello.

He wasn’t one of those artists whose artistry was undermined by a messy personal life, because he carefully kept us deflected from his real self. He masterfully manipulated our expectations from the beginning, with the lyrics to “Controversy”: Am I black or white, am I straight or gay? … Do I believe in God, do I believe in me?

He believed in God, and he believed in himself, so much that he sometimes took on the role of Jesus, as he did in “I Would Die 4 U”: I’m not a woman/I’m not a man/I am something that you’ll never understand/I’ll never beat you/I’ll never lie/And if you’re evil I’ll forgive you by and by.

His personal myth-building kept us from trying to own him, the way we sometimes do with artists, imagining we understand their souls and vulnerabilities. Prince was a craftsman, a musical genius, and keeping us at arm’s length forced us to turn our focus to the songs. Which seemed at first listen to be more revealing than any secret diary or sex tape.

I knew a girl named Nikki/I guess you could say she was a sex fiend/I met her in a hotel lobby/Masturbating with a magazine, he sang in “Darling Nikki.” Tipper Gore was inspired to launch the Parents Music Resource Center — the group responsible for warning labels on albums — after catching her then-11-year-old daughter listening to it.

And then we learned that the real guy behind the songs, all those vaults of all those songs, seemed to care most of all about his religion.

As he embraced being a Jehovah’s Witness, he distanced himself from his dirtier lyrics. It turned out all those people who banded together to ban his work needn’t have bothered. It was pure artistry, pure craftsmanship, the work of a man at least as religious as the people who condemned him.

He’s gone now, but we’re left with all we ever really had of Prince: His music. Nothing compared to him. He was something we will never understand. But thank God we still have his songs.