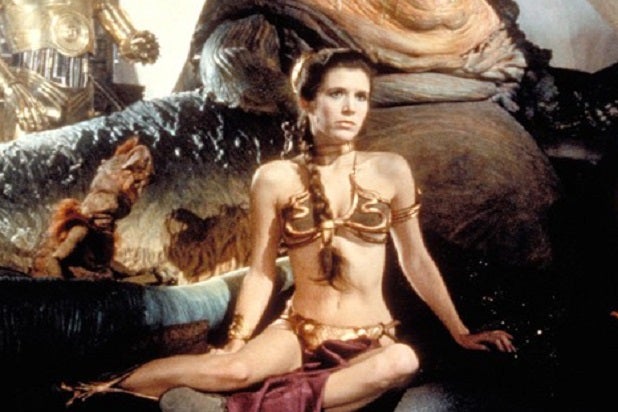 Did someone just buy a very expensive Halloween costume?

A “slave bikini” worn by Carrie Fisher in “Return of the Jedi” commanded a staggering $96,000 at auction on Friday, CNN reports.

The winning bidder for the outfit, which was part of the online auction “Profiles in History,” was not identified.

The auction for the costume, which began Thursday, had an opening bid of $80,000.

In the “Star Wars” films, Fisher’s character, Princess Leia, was usually dressed in robes, but when she was captured by Jabba the Hutt she was made to wear the revealing gold two-piece.

While $96,000 is a hefty price tag, the outfit also included the collar, and a number of the links from the chain it was attached to. Also included in the auction lot: A letter of authenticity from Industrial Light and Magic designer Richard Miller.

The item that fetched the highest price at the auction was a model of Princess Leia’s “Blockade Runner” ship, which hauled in $450,000, more than twice the opening bid.