A producer on the film “They Are Us,” which is meant to star Rose Byrne as New Zealand prime minister Jacinda Ardern, has pulled out of the project after the film was widely criticized in New Zealand and by Ardern herself.

“They Are Us” is being written and directed by Andrew Niccol and focuses on Ardern in the aftermath of a 2019 terrorist attack on two mosques in the city of Christchurch that left 51 people dead and another 49 injured. The project was announced last week and is meant to be presented to buyers at the Cannes Virtual Film Market.

The film has been widely criticized during the past week, with many people saying the story is coming too soon or assuming that it focuses on the white prime minister instead of the Muslim victims affected. A Change.org petition calling for the film to be shut down has drawn over 63,000 signatures, and a family of one of the Christchurch victims wrote a letter to Byrne asking for her to refuse the role. 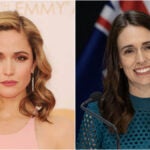 On Monday, “Top of the Lake” producer Philippa Campbell said she’s listened to the criticism and has pulled out of the project.

“I now agree that the events of March 15, 2019 are too raw for film at this time and do not wish to be involved with a project that is causing such distress,” Campbell said in a statement to New Zealand media. “When I was approached to work on the film, I was moved by the filmmakers’ vision to pay respect to the victims, their families, and those who assisted them. This was reinforced by research interviews undertaken by producer Ayman Jamal with members of the Muslim community in Christchurch. I also hoped that telling the story of swift gun control action might resonate in America and other countries that have struggled to create political consensus to control guns. I deeply regret the shock and hurt the announcement of the film has caused throughout Aotearoa New Zealand.”

Ardern herself has criticized “They Are Us,” clarifying that she’s not involved with the project and had not been contacted by the filmmakers. Likewise, the mayor of Christchurch said the film is not welcome to shoot in the city.

“In my view, which is a personal view, it feels very soon and very raw for New Zealand,” Ardern told New Zealand’s TVNZ over the weekend. “While there are so many stories that should be told at some point, I don’t consider mine to be one of them.”

Ardern’s response to the 2019 terrorist attack was praised worldwide, and a photo of her hugging a victim was famously projected on the side of the world’s tallest building, the Burj Khalifa. Within a month of the attack, she rallied the New Zealand parliament to pass a ban on most semiautomatic weapons and assault rifles, as well as higher capacity magazines and parts that can convert guns into semiautomatic weapons.

As of now, the film is still set for market at Cannes. TheWrap has reached out to reps for Rose Byrne and Andrew Niccol, as well as sales reps FilmNation Entertainment and CAA Media Finance, for comment.