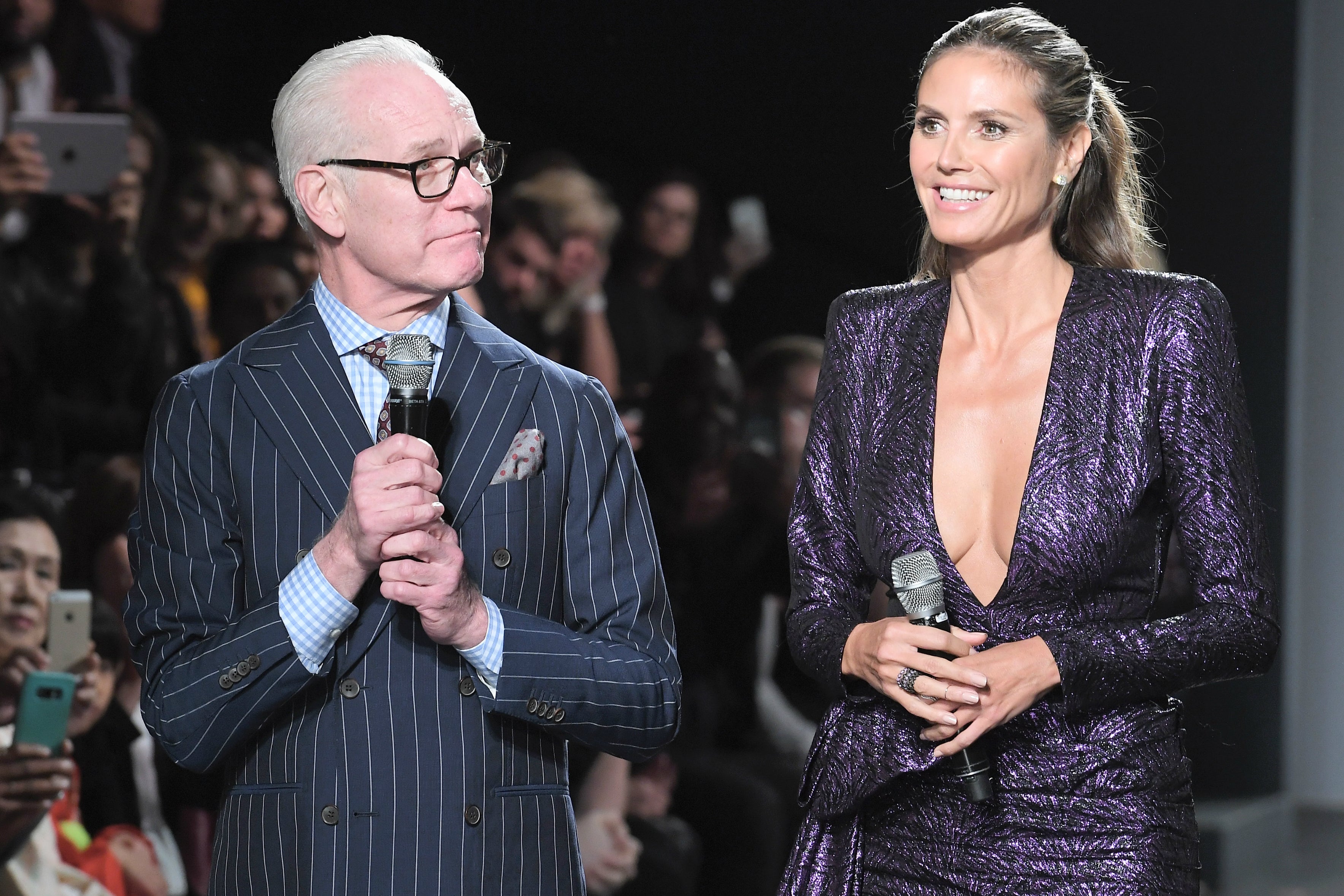 How do we know? Well, it’s twofold: 1) The last show of the season is always filmed during New York City’s Fashion Week; and 2) We were there, in the front row — no big deal.

There were six collections shown, and obviously the finalists we now know were not spoiled for the crowd. If you couldn’t make it (or weren’t invited), TheWrap‘s got you covered with all the happenings.

Below are 7 things you (probably) won’t see on TV during the finale.

All the Beautiful People in a Fitting Space
The setting — Gallery 1 — is a way-cool spot, and we particularly loved the beautiful black hardwood floors. Clearly, high fashion isn’t limited to the stiletto heels trying to puncture the catwalk.

More to Love, More Applause
This season, the Lifetime series went with a stable of models featuring diverse body shapes. The plus-sized women got the most enthusiastic applause at the event, especially when one of them confidently peeled off her cover-up to reveal swimwear.

Almost certainly someone in the audience called out “You go, girl!” It wasn’t this writer, I swear.

The bass in the art space was turned up to “11” for the show, which would have been totally fitting if wasn’t 9:30 in the friggin’ morning. Good God, I couldn’t even hear myself thinking “You go, girl!” at the most You-go-girlish of times.

Claire’s on crutches
Contestant Claire was on crutches at the season finale show. We sure hope it wasn’t a Brother Sewing Room injury.

(Wo)Man Down!
One model slipped during the show, but the true pro didn’t go down. How many sets of crutches did Lifetime ship to this thing, anyway?

Getting Cross About Being Crossed
Though a lady reveals no secrets, per “A League of Their Own,” crossed-legs at the “Project Runway” finale fashion show were a no-no in the front row.

I suppose this obscure rule was to prevent a tripping hazard — after all, we don’t need to add to the show’s body count with a “Curb Your Enthusiasm”-esque disaster:

The designers’ mentor eventually made his way out of the green room, when he probably said fewer words than are in this sentence. Again, showbiz.

The Season 16 finale of “Project Runway” airs tonight at 9/8c on Lifetime. Best of luck to Ayana, Brandon, Kentaro and Margarita!