Protests greeted Donald Trump during his first visit to Los Angeles since taking office, with demonstrators lining the streets near Beverly Gardens Park in Beverly Hills to express opposition for everything from Trump’s immigration policies to his opinion of the city itself.

“We wanted to send a strong message that this is a city of workers, of immigrants, and of women. We don’t want Donald Trump or his administration or his views in this city,” said Andrew Cohen, press secretary for the service workers union Unite Here Local 11 and one of the organizers of the protest, in an interview with TheWrap.

Trump was in L.A. to attend a campaign fundraiser Tuesday evening, following a stop in San Diego to inspect prototypes for the Mexico-U.S. border wall. The fundraiser is reportedly being held somewhere near Beverly Hills and West L.A., though the exact location has not been made public.

Despite the gloomy weather and rain, demonstrators carrying a variety of anti-Trump signs lined Santa Monica Boulevard, chanting “Say it loud, say it clear, immigrants are welcome here” and ” Hey hey, ho ho, Donald Trump has got to go.” Police have not released official crowd estimates, but one officer on duty at the protest said the crowd was “between 350 and 400 people.” 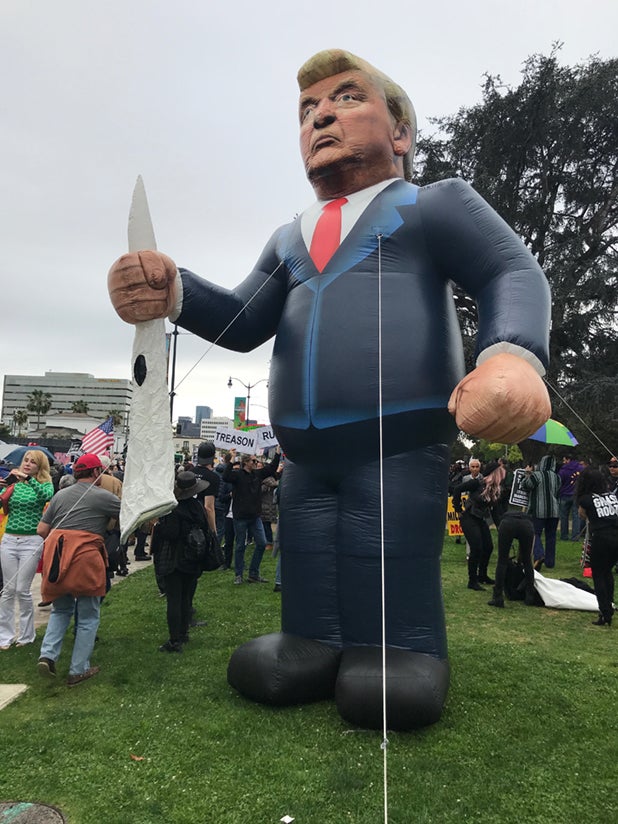 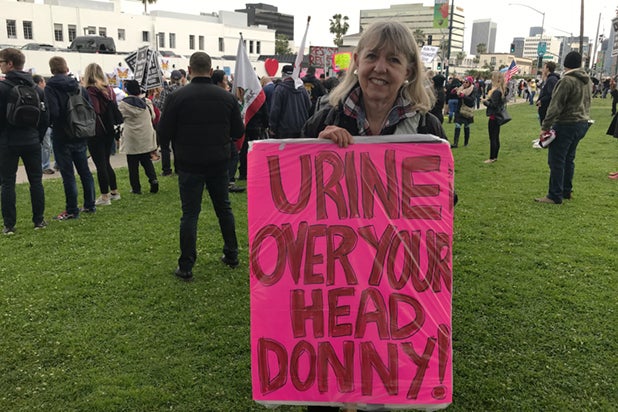 Michele Modglin, a retired flight attendant, said she showed up at the rally because she does not support “any” of Trump’s policies. “We all need to make a statement because he’s ruining our country,” she said.

Some showed up to protest the president’s statements and actions on immigration, including the border wall project.

“As an immigrant to the United States, I understand how important immigration is to a country,” said Jennifer Gardner, retired personal assistant who immigrated to the U.S. from the U.K. in 1979. “What is going on, especially with these poor folks that were granted temporary status and after 12 years are expected to go back, it’s shameful. It’s just shameful.” 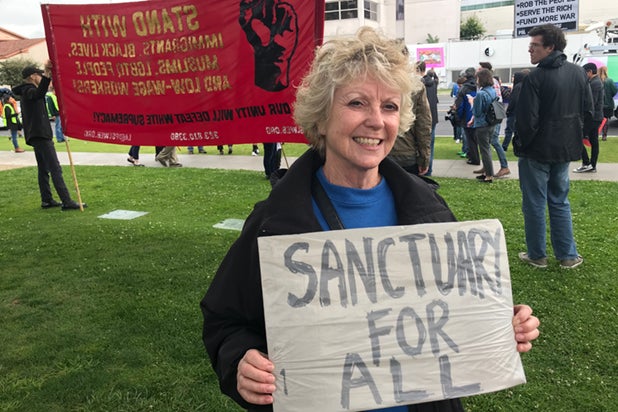 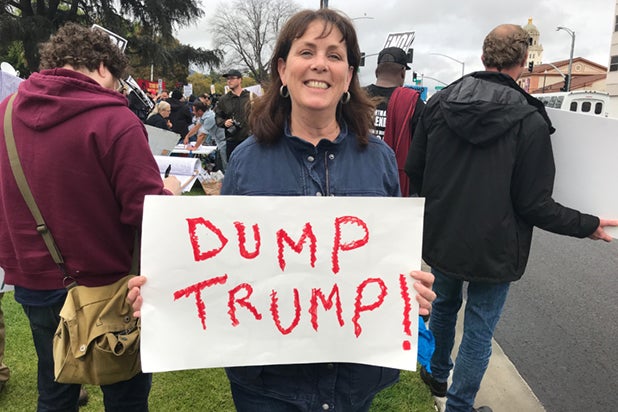 Susan Black, a Sony Pictures employee carrying a “Dump Trump” sign, said she found Trump’s presence in the White House goes against all the progress Hollywood has made in the era of #MeToo and Times Up.

“The industry’s been hit really hard with the #MeToo movement, and when you have the groper-in-chief as the person we elected, it supports the ongoing misogyny and the attack on women,” Black said. “So the industry’s responding and we need to respond by impeaching Trump.”

The president did have his supporters at the rally, including the former “Beverly Hills ambassador” Gregg Donovan.

Formerly an employee of Beverly Hills Conference and Tourism Board, Donovan was known for greeting tourists to the city in a red coat and top hat, with the phrase “Welcome to Beverly Hills!” in multiple languages. He was laid off by the city in 2011.

On Tuesday, Donovan sported a similar outfit, carrying a “Trump 2020” campaign sign and voicing support for the Trump White House.

“The economy is coming back. I can feel it. My friends are getting callbacks for jobs and there’s jobs, jobs jobs,” he said, referencing one of Trump’s favorite campaign lines from 2016. “We’re getting respect in the country again, I can tell you that.” 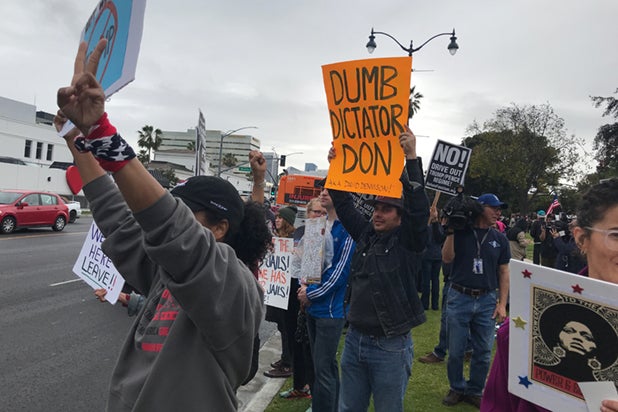 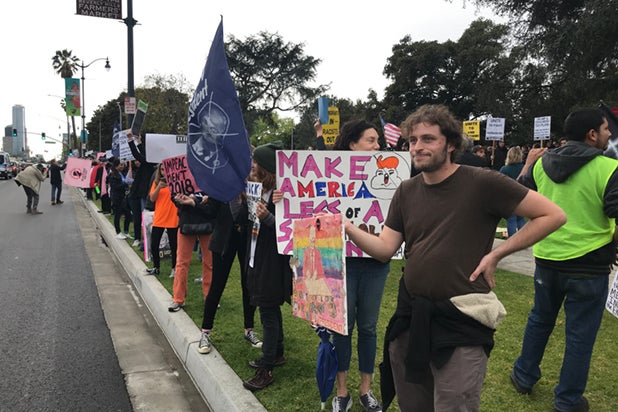 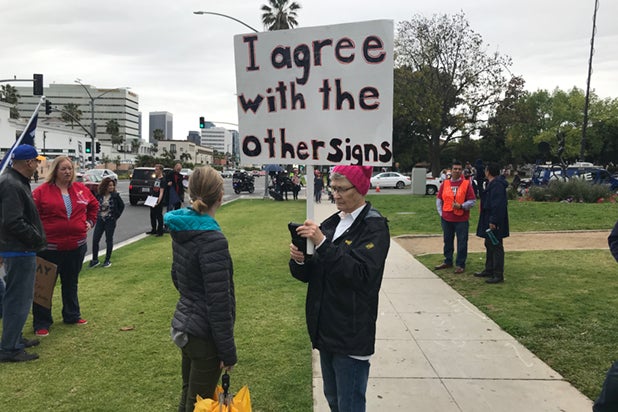