Buddy cop duo Shawn Spencer (James Roday Rodriguez) and Burton Guster (Dulé Hill) are back for more action in the latest installment of the “Psych” movies.

In the trailer – which dropped Saturday at New York Comic Con – Gus’ wedding plans hit a snag when he and Shawn discover that his pregnant wife-to-be, Selene (Jazmyn Simon), is leading a double life. To crack “their most personal case yet,” the Santa Barbara PD detective duo enlists the help of Carlton “Lassie” Lassiter (Timothy Omundson), Chief Karen Vick (Kirsten Nelson) and other familiar faces. 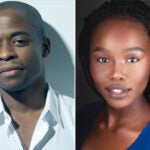 “Psych 3: This Is Gus” was created and directed by Steve Franks. Franks and James Roday Rodriguez, who wrote the script, executive produce along with Chris Henze and Dulé Hill. The film was produced by UCP, a division of Universal Studio Group, in association with Thruline Entertainment.

“Psych 3” will stream exclusively on Peacock. The full “Psych” franchise – including the original eight-season series and first two movies – is streaming on Peacock. 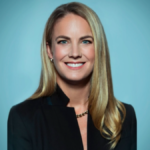