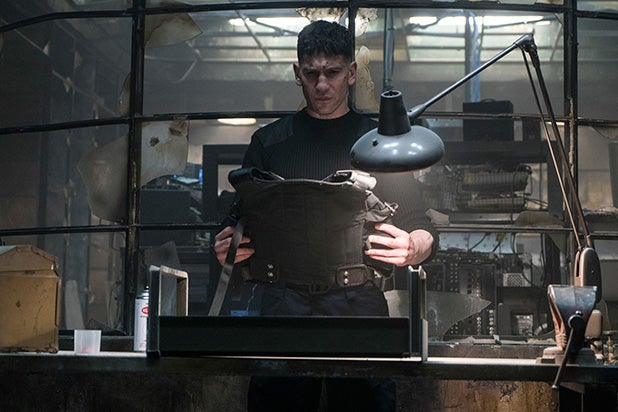 Hot off a very well-received first season, Netflix has renewed “The Punisher” for a second season.

The Netflix Marvel series stars “The Walking Dead” alum Jon Bernthal as Frank Castle, a vigilante out for revenge on those responsible for the death of his wife and children. Ebon Moss-Bachrach, Ben Barnes and Amber Rose Revah also star.

Per usual with the streaming giant, no premiere date was announced for the show’s second season, but it’s likely to come in 2019 or later. Netflix’s 2018 Marvel slate is already packed, with “Jessica Jones” season 2 due March 8, followed later that year (TBA) by the second season of “Luke Cage” and the third season of “Daredevil.”

Also Read: Everything You Need to Know About 'The Punisher' If You Can't Remember 'Daredevil'