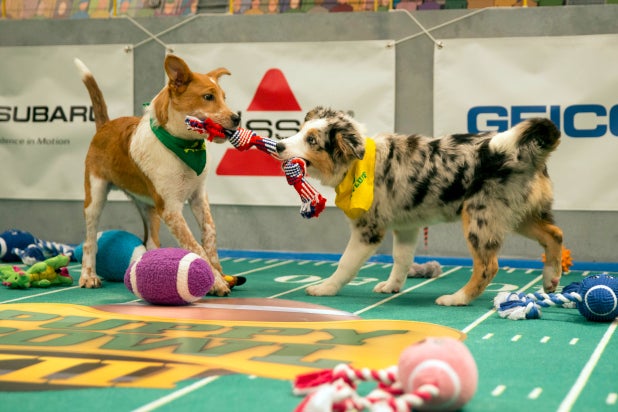 Teams Ruff and Fluff take to the field during Puppy Bowl XIII.

Animal Planet’s “Puppy Bowl XIII” provided a treat to 2.5 million total (human) viewers on Sunday from 3 to 5 p.m. ET, which is up 12 percent from the prior year.

The “Puppy Bowl” was cable’s top telecast of the day among total viewers on Super Bowl LI Sunday. And aside from the day’s real gridiron contest, “Puppy Bowl XIII” was TV’s top social performer, with 1.2 million people generating 1.5 million social media interactions across Facebook and Twitter. Readers can click here to see the gaudy numbers from the Super Bowl itself.

“Animal Nation” settles into its regular time slot on Friday at 10 p.m.