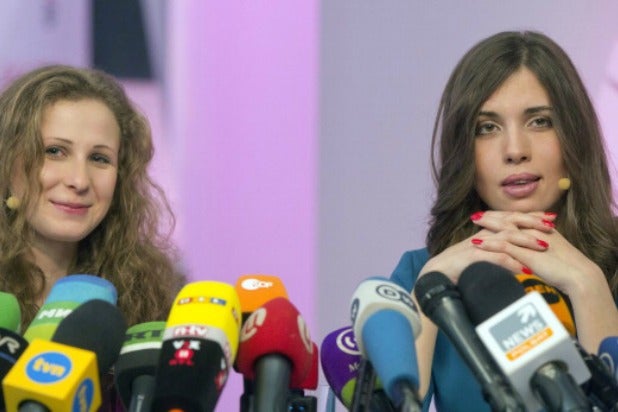 From one corrupt government to another.

Pussy Riot veterans Nadya Tolokonnikova and Maria Alyokhina, who spent 22 months in prison for protesting President Vladimir Putin, will appear in the third episode of the third season of “House of Cards,” according to Baltimore’s CityPaper.com.

Earlier this year, the pair met with writers from the show, telling the Wall Street Journal that they wanted to learn how to make a political movie.

The duo were released shortly before the Sochi Winter Olympics, in December of 2013. They quickly re-started their publicity campaign, protesting against the Olympics, among other things.

In the months since, the pair have made a celebrated tour around the United States, including stops at an Amnesty International concert and Lincoln Center.

Presumably, the political activists won’t be fond of Frank Underwood and his Machiavellian brand of politics.