Queen Elizabeth II’s death has roused sympathies and remembrances from musicians, Hollywood figures and leaders around the world.

Her Majesty died Thursday, per an announcement from Buckingham Palace. She was 96 and will be remembered as the longest-serving British monarch, sitting the throne for 70 years.

In the wake of her death, her eldest son Charles will become king at the age of 73, making him the oldest monarch in British history at the time of his coronation. 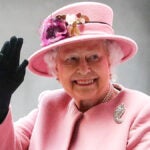 Rockstar Sir Elton John remembers her as “a huge part of my life from childhood to this day,” and he will miss her dearly.

“Along with the rest of the nation, I am deeply saddened to hear the news of Her Majesty Queen Elizabeth’s passing,” the “Benny and the Jets” singer wrote on Instagram. “She was an inspiring presence to be around, and lead the country through some of our greatest, and darkest, moments with grace, decency and a genuine caring warmth.”

Ozzy Osbourne also tweeted his mourning for the monarch.

“With a heavy heart I say it is devastating the thought of England without Queen Elizabeth II,” he wrote. 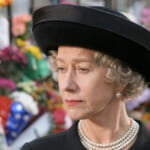 Also Read:
Helen Mirren Pays Tribute to Queen Elizabeth on Her Death: ‘Proud to Be an Elizabethan’

“She dedicated her life to the people and set an extraordinary example to the world throughout her reign,” the band wrote. “She’s seen changes that are beyond what any of us can imagine. She has faced challenges that she has risen to time and again. Her life has been remarkable in so many ways.”

The new king released a statement in response to his mother’s death.

“The death of my beloved Mother, Her Majesty The Queen is a moment of the greatest sadness for me and all members of my family,” he wrote. “I know her loss will be deeply felt throughout the country, the Realms and the Commonwealth, and by countless people around the world.”

“It is with deep sadness that we learned of the death of Her Majesty Queen Elizabeth II,” he wrote. “On behalf of the [Ukrainian] people, we extend sincere condolences to the @RoyalFamily, the entire United Kingdom and the Commonwealth over this irreparable loss. Our thoughts and prayers are with you.”

“Her Majesty Queen Elizabeth II embodied the British nation’s continuity and unity for over 70 years,” he wrote. “I remember her as a friend of France, a kind-hearted queen who has left a lasting impression on her country and her century.” 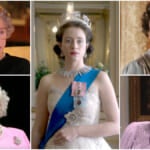 Gov. Greg Abbott also released a statement regarding the Queen’s death, praising her leadership and roles as a mother, grandmother, wife and more.

“In her unrivaled, impressive reign as Queen of the United Kingdom of Great Britain and Northern Ireland and of Her other Realms and Territories, Queen Elizabeth II led her people, and at times the world, through historical events with the utmost dignity, grace, and valor,” he wrote.

Dame Helen Mirren, who portrayed Her Majesty in the film “The Queen,” for which she won an Academy Award wrote on Instagram, “I am proud to be an Elizabethan. We mourn a woman, who, with or without the crown, was the epitome of nobility.”

Read on for more expressions of admiration as well as reminders of the complex rule of Queen Elizabeth II.