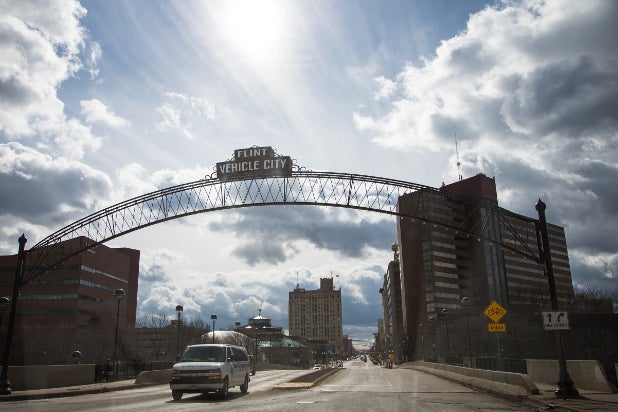 Queen Latifah is set to executive produce and star in the Lifetime original movie “Flint,” which will take on the Flint, Michigan, water crisis, the network announced Thursday.

Scott, Brandt and Ireland are playing real-life activists from Flint who fought for justice after it was discovered that the city was drinking toxic water. Latifah will play a fourth resident who gets personally caught up in the fight.

“So proud to help tell the story of these warriors!” Ireland tweeted about the project.

Also Read: Cher Is Out Like Flint, Withdraws From Lifetime Movie About Water Crisis

So proud to help tell the story of these warriors! Thank you to Melissa Mays (@FlintGate)–& fierce allies–for all that you do! https://t.co/hfCn3HQzrs

The movie is being produced by Craig Zadan, Neil Meron and Katie Couric. “Driving Miss Daisy” director Bruce Beresford was attached to helm the project, which is based on the February 2016 Time Magazine cover story, “The Toxic Tap” by Josh Sanburn.

This is the second time Latifah has teamed up with Zadan, Meron and Scott on a Lifetime film. The first project, a remake of “Steel Magnolias,” was the third most-watched original broadcast in the network’s history, a Lifetime spokesperson said in a press release.

“Flint” will begin production next week.

Cher was originally set to star in the film, but had to back out due to a family issue. Her role was never identified so it’s unclear who will be playing her part.