In the upcoming comedy “Queenpins,” Kristen Bell and Kirby Howell-Baptiste fancy themselves the “Robin Hood” of coupons.

They’ve discovered that many of the free coupons you get when you file a complaint to a company all come from the same place. So if they steal those coupons and distribute them to people that need them, cha-ching!

“Queenpins” is based on the true story of the biggest coupon counterfeiting scam in American history. The first trailer for the film, released Thursday, shows us the silliness of the crime and the two women getting in way over their head, all while a federal agent and a U.S. Post Office agent (Paul Walter Hauser and Vince Vaughn) team up and take this way too seriously. 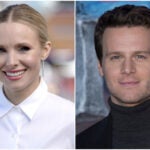 The trailer opens with Hauser in an armored car with a SWAT team gearing up for a big operation. The agents suspect they’re about to pull off a big drug bust, but instead, their target is two women dealing counterfeit coupons. But hey, this is a big deal.

“Coupons aren’t about what you buy, it’s about the feeling you get. They call it the coupon high. Supposedly it’s better than the feeling of intimacy with another person… or so I’ve been told,” Hauser says in the clip, to which Bell responds, “Sorry, have you not used a coupon or have you not had sex?”

Also starring in “Queenpins” are Bebe Rexha in her film debut and Joel McHale. The film is directed by Aron Gaudet and Gita Pullapilly.

The film opens in theaters on Sept. 10 and will then debut on Paramount+ later this year.

Check out the first trailer for “Queenpins” here and above.