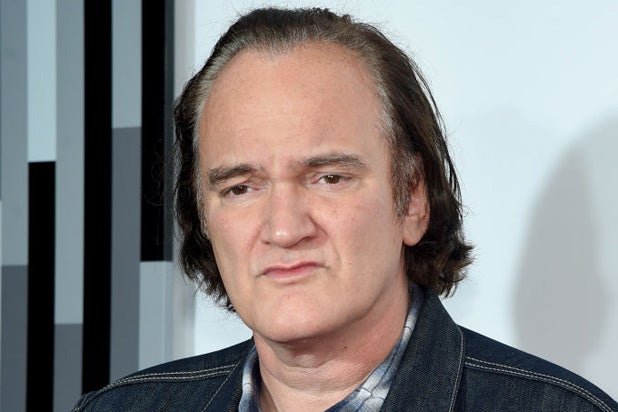 Quentin Tarantino has apologized to Roman Polanski’s victim Samantha Geimer for comments he made in a 2003 interview that the director did not “rape” the then-13-year-old but that Geimer “wanted to have it.”

“I want to publicly apologize to Samantha Geimer for my cavalier remarks on ‘The Howard Stern Show’ speculating about her and the crime that was committed against her,” he said in a statement obtained by TheWrap.

“Fifteen years later, I realize how wrong I was. Ms. Geimer WAS raped by Roman Polanski. When Howard brought up Polanski, I incorrectly played devil’s advocate in the debate for the sake of being provocative. I didn’t take Ms. Geimer’s feelings into consideration and for that I am truly sorry. So, Ms. Geimer, I was ignorant, and insensitive, and above all, incorrect. I am sorry Samantha.”

On Tuesday, Geimer said in an interview with the New York Daily News that Tarantino’s remarks were “wrong. I bet he knows it. I hope he doesn’t make an a– of himself and keep talking that way.”

On Tuesday, a 2003 radio interview with Howard Stern resurfaced in which the filmmaker said that the 13-year-old girl Polanski was convicted of raping in 1977 “wanted to have it.”

“I don’t consider him a rapist,” Tarantino said. “He didn’t rape a 13-year-old, it was statutory rape… That’s not quite the same thing. He had sex with a minor, that’s not rape. To me, when you use the word ‘rape,’ you’re talking about violent, throwing them down, it’s one of the most violent crimes in the world. You can’t throw the word rape around, is like throwing the word racist around… it just doesn’t apply to everything that people use it for.”

“He was guilty of having sex with a minor,” he continued. A contributor on Stern’s show cut in to say that it was sex she didn’t want to have. “No, that was not the case at all. She wanted to have it,” Tarantino said. “And by the way, we’re talking about America’s morals, we’re not talking about the morals of Europe and everything.”

Tarantino made headlines this week after a New York Times interview with Uma Thurman, in which she discusses a car crash scene in “Kill Bill” she said she asked not to do herself and caused the actress permanent neck damage.

Thurman later said that she does not believe Tarantino had any “malicious intent” in wanting her to perform the stunt herself, and said he is “remorseful” about the event. The director said in an interview with Deadline that the car crash scene is “the biggest regret of my life.”