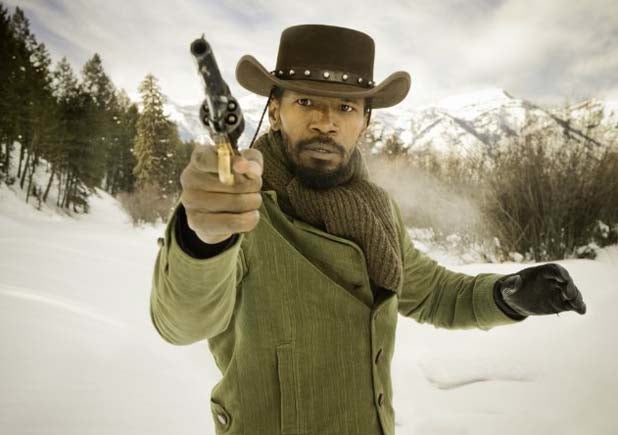 Quentin Tarantino might have found his next drama. Unfortunately, it’s a real-life courtroom drama.

“Pulp Fiction” filmmaker Tarantino has been slapped with a copyright lawsuit alleging that his 2012 film infringes on a screenplay titled “Freedom.”

In their suit — which also names The Weinstein Company and Columbia Pictures as defendants — Oscar Colvin Jr. and Torrrance J. Colvin claim to have written “Freedom,” described in the lawsuit as a “uniquely original concept” that was ultimately infringed upon by Tarantino.

“Before Django Freeman, there was an escaped slave named Jackson Freeman who desired to purchase his family’s freedom from a malevolent plantation owner,” the suit, filed in federal court in Washington, D.C., reads.”Before Dr. Schultz, there was Samson, another white man, who would assist Mr. Freeman in his efforts to rescue his loved one(s) from slavery.”

The suit claims that the Colvins “provided the heart, bones and muscles to develop the unique idea tat eventually would be transformed into ‘Django Unchained.'”

The complaint goes on to call Tarantino an “admitted thief,” quoting the filmmaker as once having said, “I steal from every single movie ever made.”

Representatives for Tarantino and The Weinstein Company have not yet responded to TheWrap’s request for comment. Columbia had no comment for TheWrap.

According to the suit, Torrance Colvin submitted the “Freedom” to the William Morris Agency, and that Tarantino was mentioned while discussing appropriate directors and producers for the screenplay.

The suit also says that, while Tarantino claims to have based “Django Unchained” on Sergio Corbucci’s “Django,” it bears “far more similarities” to “Freedom.”

“Defendant Tarantino took the plot lines and main story of ‘Freedom’ and Tarantino-ized them,” the suit reads.

Alleging copyright infringement, the suit seeks unspecified damages, but asks for compensatory damages “In an amount in excess of hundreds of millions of dollars to be proven at trial.”