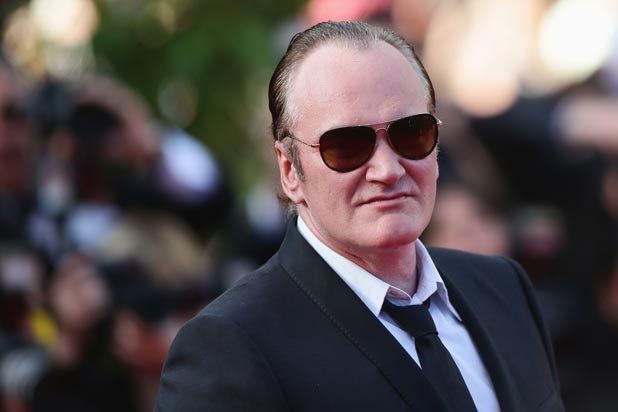 An authorized documentary about “The Hateful Eight” director Quentin Tarantino titled “21 Years: ” is currently being shopped at the American Film Market, TheWrap has learned.

Tara Wood will direct the film, having co-directed the 2014 documentary “21 Years: ” with Michael Dunaway. The independent filmmaker has recruited many stars from Tarantino’s movies to sit for interviews, including his frequent collaborators Samuel L. Jackson, Christoph Waltz and Michael Madsen.

Wood told TheWrap that Uma Thurman will also be involved and that she’s waiting to hear from Brad Pitt, who has been busy promoting his turn in “By the Sea.” While “Jackie Brown” star Pam Grier is currently on the fence, perhaps she’ll be convinced to participate once she sees the list of actors who are sitting down to speak with Wood.

Like her film about Richard Linklater, Wood’s Tarantino documentary is based on the idea that an artist’s career is defined by their first 21 years of work. She’s producing the film with Jake Zortman.

“Quentin is the most revolutionary, distinctive director of our time,” said Wood, who is currently wrapping interviews for the project. “There is no shortage of stories from his collaborators about what it takes to get his visionary style to the screen. It has been an enlightening process both personally and professionally.”

Tarantino’s career took off following 1992’s “Reservoir Dogs,” which led to “Pulp Fiction,” for which he won his first screenwriting Oscar. He won his second screenwriting Oscar for “Django Unchained,” and he was also nominated for both writing and directing “Inglourious Basterds.”

The Weinstein Company will release Tarantino’s latest film, “The Hateful Eight,” on Christmas Day. The director has found himself under fire after making controversial comments about cops, who he likened to murderers following several high-profile incidents of police violence against unarmed minorities.