For many a movie, as Quentin Tarantino went, so went Harvey Weinstein: “Pulp Fiction” shot both its writer/director and Weinstein’s independent shingle Miramax into the Hollywood stratosphere and forged a partnership that would span eight of Tarantino’s 10 feature films.

But for all those years of working closely with Weinstein, Tarantino said – as dozens before him have – that he had no idea the producer was a serial criminal rapist.

“I’d never heard the stories that later came out at all,” Tarantino told Chris Wallace on his HBO Max show “Who’s Talking to Chris Wallace.” “I heard the same stories that everybody had heard. You know, frankly, to tell you the truth, I, I, I chalked it up to a ‘Mad Men’-era version of the boss chasing the secretary around the desk. I’m not saying that’s OK.”

One needn’t have been much of a Hollywood insider in the late ’90s and Aughts to hear the whispers about Weinstein’s interest in young women, but close collaborators like Tarantino, Ben Affleck and others have consistently said their understanding of what was going on was far from criminal. Weinstein was sentenced to 23 years in New York for multiple criminal rape charges and is facing seven more counts in Los Angeles, where several women have testified to random and aggressive sexual assaults and rapes. 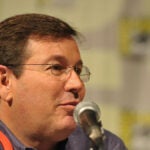 “There was never any talk of rape or anything like that,” Tarantino continued. “The reason I didn’t [say something to Weinstein] was because that’s a real hard conversation to have, because, I, I felt it was pathetic. I felt what he was doing was pathetic and I didn’t want to deal with his patheticness.”

Wallace conceded that Tarantino “didn’t know how severe it was, but did you think it was casting-couch type stuff, kind of Hollywood lore?”

Even knowing just what he knew at the time, Tarantino said, he now regrets not speaking up. 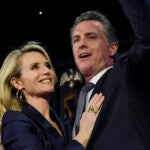 Tarantino also reiterated to Wallace that his next movie would be his last – and that he’s in no hurry to make it.