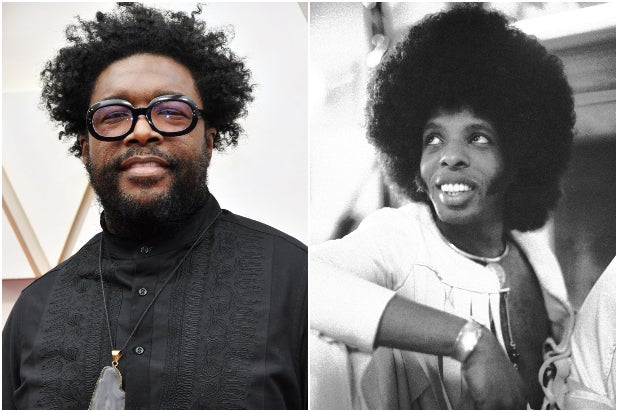 Ahmir “Questlove” Thompson has found his follow-up documentary project to the Sundance hit “Summer of Soul.” He will next direct a still-untitled film about Sly Stone, the founding member of the iconic funk band Sly and the Family Stone.

The film comes from MRC Non-Fiction. Questlove will direct on behalf of his banner Two One Five Entertainment along with his producing partners Zarah Zohlman and Shawn Gee. Rapper and Oscar winner Common will also executive produce the documentary via Stardust Films.

The documentary follows the story of the influential artist and fashion icon Sly Stone, a musician who broke all the rules at a time when doing so was extremely challenging and even dangerous. The pressure of explosive mainstream pop success and the responsibility of representing Black America forced Stone to walk the fine line of impossible expectations.

“It goes beyond saying that Sly’s creative legacy is in my DNA… it’s a black musician’s blueprint. To be given the honor to explore his history and legacy is beyond a dream for me,” Questlove said in a statement.

“Sly’s influence on popular music and culture as a whole is immeasurable, and what his career represents is a parable that transcends time and place,” Amit Dey, head of MRC Non-Fiction, said in a statement. “Questlove’s vision, sensitivity and reverence brings the urgency that Sly’s story and music deserve, and we’re excited to be working with him to bring Sly’s story to life.”

One of Sly and the Family Stone’s never-before-seen live performances was prominently featured in Questlove’s “Summer of Soul (…Or, When the Revolution Could Not Be Televised).” The documentary unearthed footage of the 1969 Harlem Cultural Festival, in which 300,000 people gathered over the course of several weekends in Harlem for a music festival that was largely ignored by the media, especially in comparison to Woodstock. Along with Sly Stone, the festival featured performances from artists like Nina Simone, Stevie Wonder, Mahalia Jackson, Mavis Staples, 5th Dimension and many more. Questlove’s documentary not only captured pristine, in-color concert footage from the event, but it also weaved in the context of race relations in New York in the late ’60s.

Also Read: Questlove Was Stunned by the 50-Year-Old Hidden Footage That Inspired 'Summer of Soul' (Video)

“Summer of Soul” made its world premiere on the opening night of the Sundance Film Festival and won both the Grand Jury Prize in the U.S. Documentary category and the Audience Award. It also made a record-breaking sale for a documentary, selling for $15 million to Hulu and Searchlight Pictures.

In addition to “Summer of Soul,” Questlove is known as the drummer and band leader of The Roots, and he executive produced AMC’s documentary series “Hip-Hop: The Songs That Shook America.” He also served as the executive music producer and composer on the A&E miniseries “Roots” and co-produced the Grammy-winning “Original Broadway Cast Recording of Hamilton.”